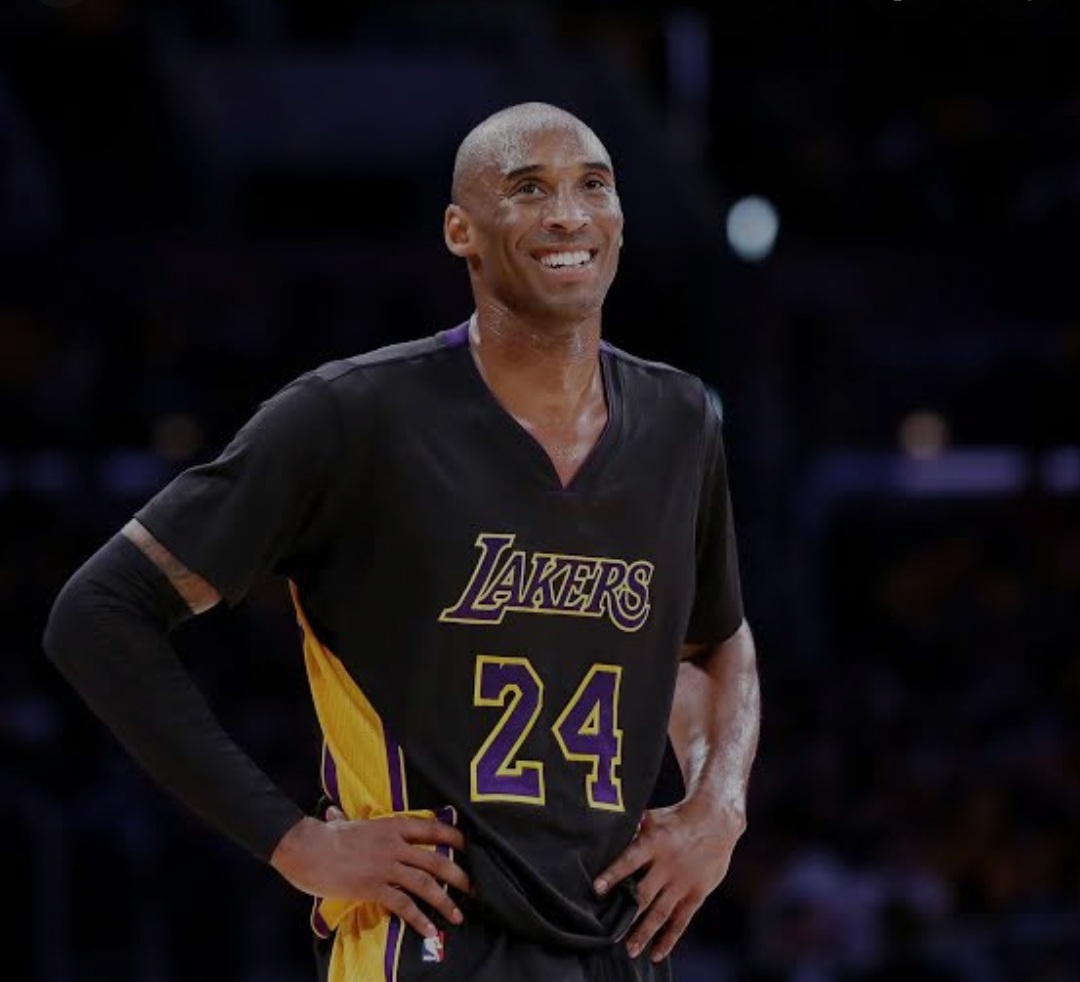 Each year, India’s National Sports Day comes with its share of controversies. Sure, there is the token solemn remembrance of hockey wizard Major Dhyan Chand — the day marks his birth anniversary — but the dazzle well and truly belongs to the national sports awards that are conferred in a glittering ceremony in Rashtrapati Bhavan. Preceding the razzmatazz though are tears and tirades, heartburn and laments, and in some cases, threats of a legal notice 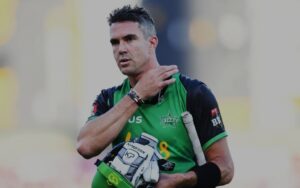 Pietersen’s journey into the conservation of rhinos started back in 2013 when he took a safari trip to the country of his birth. When it struck him how bad the crisis was, he decided to use his profile to ‘bang the drum’ about conservation, illegal wildlife trade, and destroying a species.

“It continues to drive me every day, to try and make a difference, to protect our planet because we’re destroying our planet every single day. We continue to do so. It gives me great pleasure in focusing my attention in helping a species, and the rhino was where I started because of how critically endangered it is,” he says

Tennis has long been in a bubble to the outside world, Naomi Osaka tried to break out – 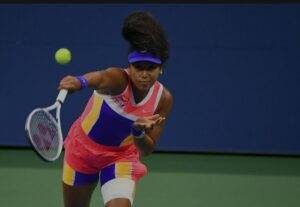 Tennis is, and has been, guilty of living in the bubble for too long. And players have been guilty of being selfish, privileged and aiding their factions and egos.

For when some have tried to challenge the norm, the sport hasn’t reacted well. Take the case of McEnroe and Martina Navratilova who unfurled a banner asking for the Margaret Court Arena to be renamed in honour of Evonne Goolagong. Court has been a homophobe, transphobe, and bigot for decades. Instead of acknowledging the need for change, Australian Open organisers forced the legendary duo into apologising and threatened to withdraw their accreditation

“…I think for a sport like luge, you need complete, full-body training. There’s no area that can be trained more than the others, such are the demands of the sport. First and foremost, you need to have a lot of core strength because that helps you throughout the run. You also need to work on your upper body – lats, triceps, forearms.

You have to have strong lower back, glutes, quads..so that’s pretty much full body. We try to aim for a perfect beach body!” 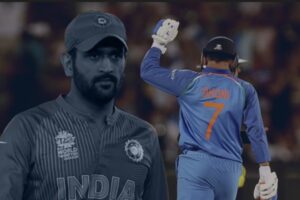 And so it ended, in an instant, with a bunch of cold, calculated, uncluttered words of defining finality. The innocently amateurish montage of memories compiled on Instagram speaking of a middle-aged man not completely at ease with the app; the inimitable tag-team of Mukesh and Sahir Ludhianvi floating its prose in pristine glory, stirring emotions, swirling memories – it was too simplistic, too definite. The farewell note that was penned in his head one muggy day in Manchester by the rasping arm of Martin Guptill was eventually read 14 months later in 16 unadulterated words. No press release, no videos, no voice notes. This was it.

One has to understand that the footballing structure in India is a lot different than the most popular sport of the land — cricket. While state association teams, both at senior and junior levels, backed by a rich and powerful Board for Control of Cricket in India (BCCI) form the bedrock of sport, in case of football, it’s the private clubs. The health of these football clubs is directly related to the economic trajectory and the health of women’s football is directly dependent on the trajectory of the clubs’ health

I call spin bowling a combination of three things: One is your run-up, second is how you own your crease at the delivery stride, and the third is your follow-through. That’s where the pivot comes. People who have a strong pivot, and by that I mean that trail leg and trail knee at the time of delivery should be as close as possible with the front leg that should be ramrod straight.” 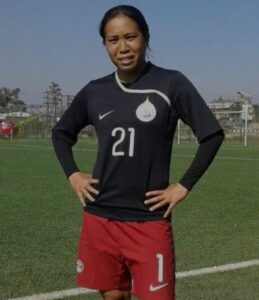 Over a career of 21 years in Indian colours, Bembem played in 85 matches for the national side and scored 32 goals but these numbers do very little justice to the talent, perseverance and impact of the midfield maestro. The senior national championship has long been the mainstay for women’s football in India and hailing from the powerhouse Manipur, Bembem won 13 of them, including eight as captain

Unlocking the body: From lockdown to the field, tips for cricketers to achieve smooth physical transition

Smooth transition is one of the critical challenges cricketers face now as they get ready to step out of their homes onto the field. This is crucial not only in the short run but for their longevity as well.

“In India because of the lockdown, most of them can’t even step out of the house,” says former India trainer Shanker Basu, who had been at the helm of Indian cricket team’s fitness transformation between 2015 and 2019, and currently the strength and conditioning coach of RCB.

Past Masters of Indian Sports: Jimmy George – volleyball legend who pursued excellence on and off the court

Jimmy George is one of India’s greatest sportspersons, and without doubt, the greatest volleyball player that the country has produced. At his peak, Jimmy was one of the best in Europe.

At the age of 16, Jimmy represented his state team Kerala. He captained them at 19. By the time he turned 22, Jimmy was already a recipient of the Arjuna Award. After his time with the Abu Dhabi Sports Club, Jimmy moved to Italy in 1982, becoming the first Indian to play in a top European league. In 1986, he was part of a talented India team that clinched the bronze medal in the Seoul Asian Games. In 1987, at the age of 32, Jimmy tragically passed away in a car accident in Italy. 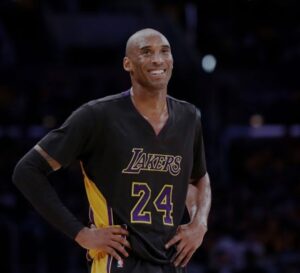 Joel Embiid, the Philadelphia 76ers center, started playing basketball because of Bryant. LeBron James remembers being just a child when he heard Bryant talk about basketball at a camp. Kyle Kuzma grew up watching YouTube highlights of Bryant and trying to mimic him.

Bryant can rest in peace, if he’s capable of it, that is. There’s a fair chance he’s up there playing ball with the Basketball Gods. And kicking their ass while he’s at it, make no mistake about that.

Past Masters of Indian Sports: Jarnail Singh Dhillon, the hard tackler who many consider the all-time best Indian defender

All great footballing teams are built on the back of great defenders. To sight recent examples, the relentless all-conquering Liverpool have the towering Virgil van Dijk to keep the opposition at bay. Fabio Cannavaro was critical in Italy’s World Cup win in 2006. Indian football was at its peak in the 1950s and 60s. Chuni Goswami, PK Banerjee, Tulsidas Balaram wreaked havoc on the opposition with their attacking prowess under the tutelage of coach Syed Abdul Rahim, but it was stopper-back Jarnail Singh Dhillon who marshaled the Indian defence, mopping up the oppositions’ attacks with utmost authority

The 2003 World Cup in South Africa started on a shaky note for the Indian team with a batting collapse against the Netherlands and a nine-wicket walloping against defending champions Australia, before Ganguly and company staged a miraculous turnaround with eight consecutive victories, including a six-wicket win over arch-rivals Pakistan in the group stage

For Real Kashmir FC, the challenges and thrills of hosting an I-League contest in Srinagar

Seven months after the abrogation of Article 370, ‘normalcy’ of a kind has returned to Kashmir. The roads are busy, yet the insecurity among locals can be felt. For Real Kashmir FC, however, there is something else they wish you to focus on. As their banner at the TRC Stadium, where the home team would take on East Bengal, declares: “When you see Kashmir through the lens of football, you see the Real Kashmir.”

ndia’s men’s blind cricket team captain Ajay Kumar Reddy fell in a pit and tore his ligament while coming back from the market after buying vegetables in Guntur, Andhra Pradesh at the start of the Coronavirus

-enforced lockdown. The 30-year-old cricketer was advised a long rest by the doctor. He was told not to move in order to recover quickly. However, with his parents stuck at his elder brother’s home in Nellore, he had no choice but to go out and buy groceries and other essentials.

It became a huge task for Ajay to shop for basic needs alone, as it not only aggravated his injury but he also found it difficult to buy vegetables, without touching them.