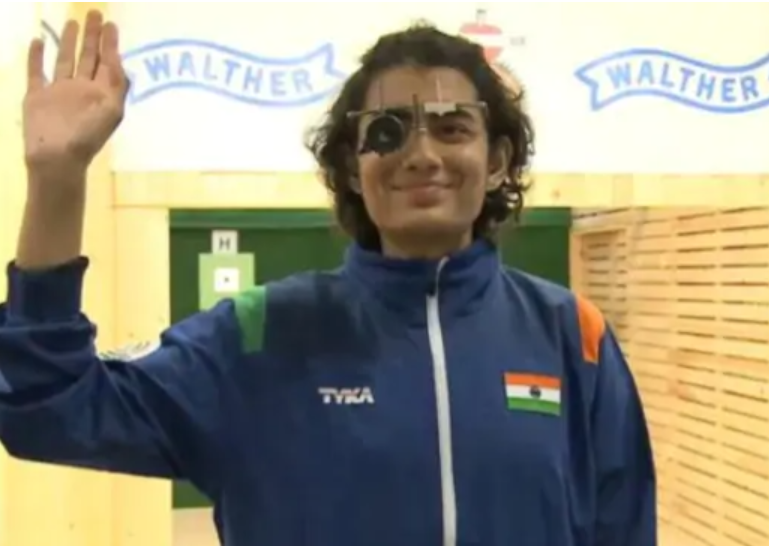 Deswal shot 238.8 to comfortably finish on top of the podium in the eight-women final while Bhaker managed 236.7 to settle for the silver medal.

India’s Yashaswini Singh Deswal personified consistency and calmness on her way to winning the gold medal in the women’s 10m air pistol ahead of the more celebrated Manu Bhaker in the ISSF World Cup in New Delhi on Saturday.

Deswal shot 238.8 to comfortably finish on top of the podium in the eight-women final while Bhaker managed 236.7 to settle for the silver medal.

Viktoria Chaika of Belarus bagged the bronze medal with 215.9 at the Dr Karni Singh Shooting Range.

The other Indian in the final, Shri Nivetha, started well but had to eventually settle for the fourth place with 193.5.

Both Deswal and Bhaker are Tokyo Olympics quota holders.

In a strong start to the 24-shot final for India, Bhaker topped the first series with Deswal and Nivetha following her in second and third place, respectively.

However, Deswal pipped her compatriot Bhaker at the top position before the final entered the elimination stage.

There was no looking back for Deswal from thereon as the 2019 Rio de Janeiro World Cup gold medallist led the field till the end of the final.

Such was India’s dominance in the event that after their three shooters finished in the top four in the qualifying, they held the top three position till the end of the fourth series when Nivetha was pipped by Mexican, Alejandra Zavala Vazquez, who finished fifth.

Deswal secured her Tokyo Games quota with her gold medal in Rio.

Deswal and Bhaker added to the bronze medal won by Divyansh Singh Panwar in the men’s 10m air rifle earlier on the second competition day.