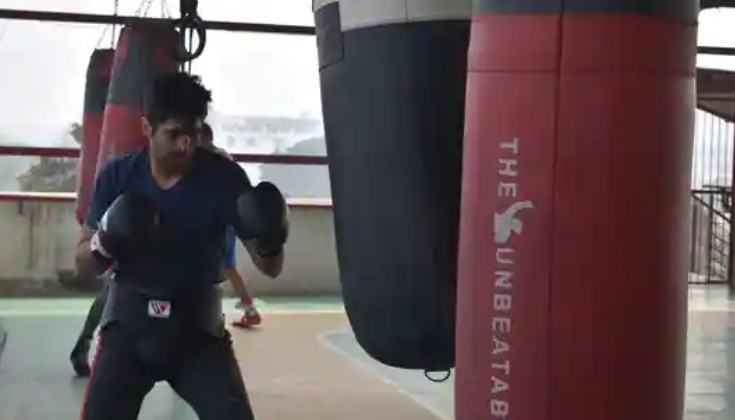 Vijender and Losan will square off in a super middle-weight (76kg) showdown, dubbed as ‘Battle on Ship’ on the rooftop deck of the Majestic Pride Casino Ship.

Artysh Lopsan may be a tall rival but he is still a “kid” India’s professional boxing star Vijender Singh said on Monday, exuding confidence of extending his unbeaten streak when he trades punches with his Russian opponent on Friday. Vijender and Losan will square off in a super middle-weight (76kg) showdown, dubbed as ‘Battle on Ship’ on the rooftop deck of the Majestic Pride Casino Ship.

Both boxers have arrived in Goa and started training for the fight. Unbeaten so far, Vijender is unfazed and said the height of his opponent – who stands at 6 feet 4 inches – won’t matter inside the ring as he seeks his 13th win of his professional boxing career.

“He is tall and I will take it slow at the start but I’m confident of beating him nonetheless. Height is not everything and in boxing, you need strength and strategy. I have experience under my belt and Lopsan is still a kid,” said Vijender. “My unbeaten streak will continue after March 19 and I’m sure everyone will witness an amazing day of boxing. The tougher the opponent, the more fun to beat him.”

Lopsan, on his part, said his actions will talk rather than words. “Vijender is a good fighter but I’m here to beat his undefeated streak. I’m ready for him to knock him out in the early round. It would be great of beating him in front of his audience. I’m sure Vijender will have very tough time in the ring while facing me,” he said.

Majestic Pride Casino ship will host the most awaited fight of the year. Lopsan, 26, has a decent record in his young career as a professional boxer. In six bouts, the Russian has won four times, including two knockouts, while registering one defeat and one draw.

Vijender, on the other hand, is unbeaten throughout his professional boxing career, carrying a record of 12-0 that includes eight knockouts. He defeated Ghana’s former Commonwealth champion Charles Adamu in Dubai to claim his 12th successive win in November 2019.