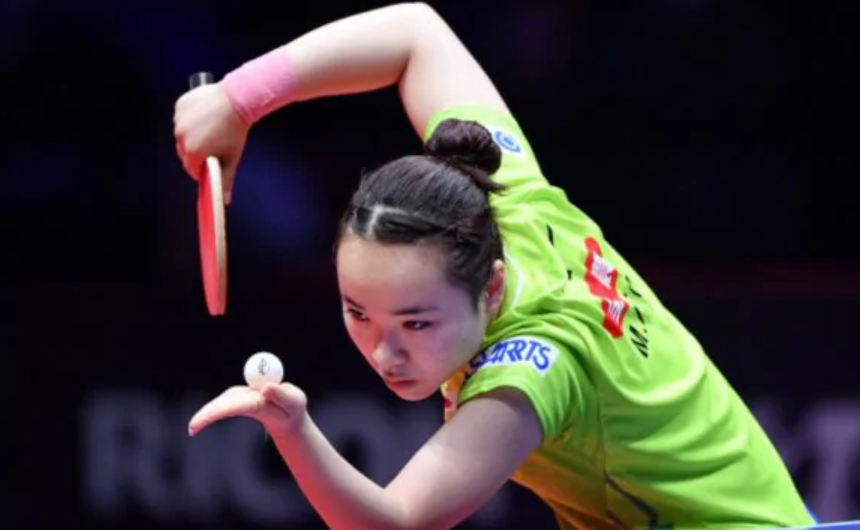 Organisers of the virus-postponed 2020 Games, denying cancellation is on the cards, have floated the possibility of holding competitions behind closed doors.

Japanese table tennis star Mima Ito said she’s ready to play without fans at the Tokyo Olympics, as long as it means the Games can go ahead.

Organisers of the virus-postponed 2020 Games, denying cancellation is on the cards, have floated the possibility of holding competitions behind closed doors.

“I want fans to be there, but the most important thing for a player is for the event to go ahead and be able to play,” world number three Ito told AFP.

“If that’s the choice, I’d rather play without fans. I definitely want to play,” said the 20-year-old, one of Japan’s most popular Olympians.

Tokyo 2020 chiefs are set to make a decision on crowd numbers in the coming months, but the prospect of competing without the roar of home support doesn’t faze Ito.

Ito’s star has been rising since she became the youngest ever Olympic table tennis medallist at the 2016 Rio Games, where she won team bronze with Japan at the age of 15 years and 300 days.

She went on to become the first Japanese player, male or female, to reach number two in the world rankings last year.

But breaking China’s Olympic dominance will be a tall order.

Chinese women have won every singles gold since table tennis became an Olympic sport in 1988 – but Ito believes she is capable of springing a surprise on home turf.

“I know I’ve become a better player and I have a lot of confidence in my game,” said Ito, who will compete in the Olympic singles, team and mixed doubles events.

“Even from just a month or two ago, I’m becoming more confident with each day.”

Japan’s government and Olympic officials insist the Games will open as scheduled in July, despite rising Coronavirus

infections at home and abroad, and sinking domestic support.

Ito is not letting reports that the Olympics could be cancelled distract her from the job in hand.

“I’m preparing with the assumption that it’s going ahead,” she said. “As a player, I definitely want it to go ahead, and I’m practising every day with that in mind.”

Ito lost to Kasumi Ishikawa in the final of Japan’s national championships earlier this month, her second tournament following an eight-month break in the virus-disrupted international schedule.

She returned to action at the Women’s World Cup in China in November, and says it did not take her long to get back into the groove.

“It was great fun, but I had to quarantine for two weeks before the competition started and there were a lot of unfamiliar things I had to deal with,” she said.

“It was quite stressful, but once the matches started it was a lot of fun. I wanted the matches to come quickly, and when the competition finished, I wanted to make sure I was in shape to be able to play any time. It reminded me how much fun it is to play matches.”

She says she has never let her focus waver throughout the pandemic, but she is still looking forward to some time off when it’s all over.

“Winning at the Olympics is the thing that I most want to do this year,” she said.

“After that, once the pandemic is over, I want to go to a hot spa with my friends and really enjoy being in Japan.”