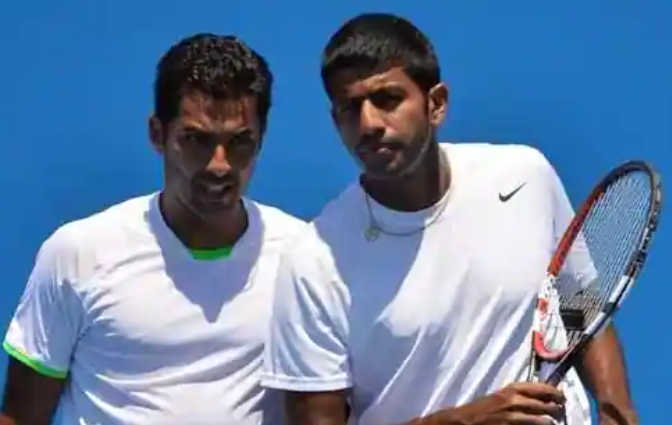 The ‘Indo-Pak pair’ of Rohan Bopanna and Aisam ul Haq Qureshi lost its first match after rejoining forces, bowing out of the ATP 500 event here on Wednesday.

After trailing 0-7 in the Super Tie Breaker, it was an enormous task for them to pull back.

The last time Bopanna and Qureshi played together was in 2014 at the an ATP event in Shenzen.

Both the players had made it clear that their reunion was one-off arrangement since their low combined ranking won’t let them enter the bigger tournaments.