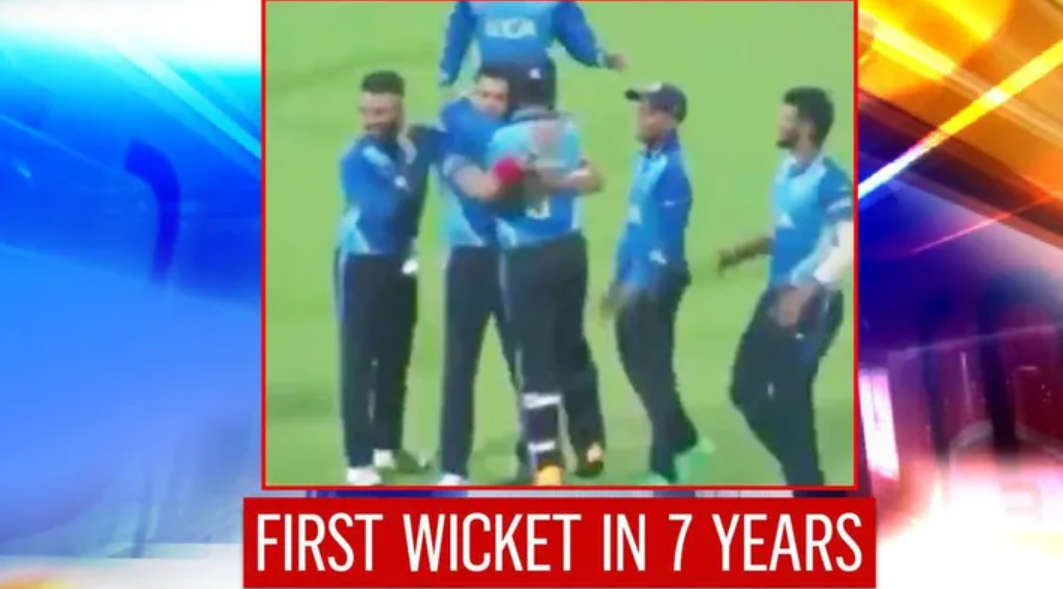 Sreesanth, who made a return to competitive cricket after more than 7 yrs, castled Puducherry batsman, Fabid Ahmed, in the ongoing Syed Mushtaq Ali Trophy match

Kerala pacer S Sreesanth, who made a return to competitive cricket after more than 7 years on Monday, castled Puducherry batsman, Fabid Ahmed, in the ongoing Syed Mushtaq Ali Trophy match in Mumbai. The 37-year old was named in the Kerala squad for the national T20 competition last month. He bagged his first wicket in seven years as he announced his return to competitive cricket in style.

In the match against Puducherry, Sreesanth in the fourth over bowled his famous outswinger which the opening right-hander missed and ended up watching his stumps fly. Sreesanth was banned by the Board of Contol for Cricket in India (BCCI) in August 2013 along with his Rajasthan Royals teammates Ajit Chandila and Ankeet Chavan for indulging in alleged spot-fixing in the Indian Premier League (IPL).

However, last year, his lifetime ban was reduced to seven years, which got over in September last year. The Indian seamer finished with the figures of 1-29. Puducherry scored 138 runs in their allotted 20 overs with Ashith Rajiv top-scoring for the side. Kerala comfortably chased down the target with 6 wickets in hand and 10 balls remaining.  Kerala has been placed in Elite Group E alongside Haryana, Andhra Pradesh, Delhi, Mumbai, Kerala, Puducherry and will play its matches in Wankhede stadium

Sharing the video of the wicket he took, Sreesanth thanked his fans for all the support and love and said that “it is just the beginning.”

Sreesanth, who was part of the triumphant Indian squads in the 2007 World T20 and the 2011 World Cup has played 27 Tests and 53 ODIs for India, taking 87 and 75 wickets respectively. He has also taken seven wickets in 10 T20 Internationals. Last month, he had posted a video that showed him receiving his state cap with Kerala teammates and administrators around.

Earlier, Sreesanth was set to play in the KCA President’s Cup T20 but the tournament was deferred as the KCA did not get the government nod due to the COVID-19 pandemic. The fast bowler believes he is capable of playing the 2023 World Cup and has been vocal about it.