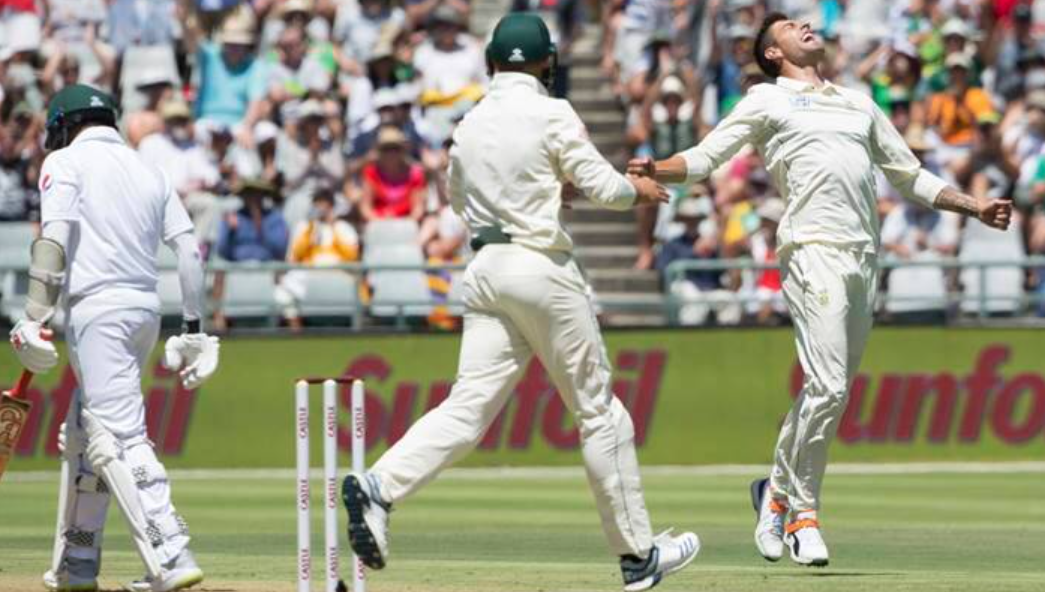 Visitors reach 187 for four, gain 29 run lead over Pakistan on Day 3 of the first Test at Karachi; hosts all out for 378 in first innings

Aidan Markram and Rassie van der Dussen produced patient half centuries but Pakistan grabbed three late wickets as South Africa reached 187 for four in their second innings at the close on Day 3 of a see-saw first Test in Karachi.

The tourists lead by 29 runs and have wiped out a first innings deficit after they trailed by 158 having earlier on Thursday bowled Pakistan out for 378.

Captain Quinton de Kock has yet to score and will resume on the fourth morning with night-watchman Keshav Maharaj (2 not out), the pair looking to push South Africa towards a total that will give them something to defend in Pakistan’s fourth innings.

Their situation looked a lot brighter 30 minutes before the close but Pakistan’s spinners grabbed three big wickets as the shadows lengthened on the day.

Markram (74) put on 127 for the second wicket with Van der Dussen (64) to get their team into the lead, but the latter was caught at silly mid-off by Abid Ali off the bowling of leg-spinner Yasir Shah (3-53).

The tourists were dealt a further blow when Faf du Plessis (10) was trapped leg before wicket by the dangerous Shah, but worse was to come as the set Markram was dismissed in the next over, also caught at silly mid-off, though from the bowling of Nauman Ali.

Opener Dean Elgar (29) was the other wicket to fall having earlier taken a nasty blow on the hand. He never looked settled after that and was caught by wicketkeeper Mohammad Rizwan off Yasir. X-rays have revealed no fracture.

Pakistan’s lower order frustrated the visitors in the morning session as they took the attack to the bowlers.

After they resumed on 308 for eight, seamer Kagsiso Rabada (3-70) picked up his 200th Test wicket when he bowled Hasan Ali (21), becoming the fourth youngest player to reach the milestone.

But the final Pakistan pair of Yasir (38 not out) and Nauman (24) added 55 for the final wicket before the latter was trapped in front of wickets by spinner Maharaj (3-90).

South Africa will play two Tests and three T20 Internationals on their tour, their first in Pakistan since a militant attack on the Sri Lanka team bus in Lahore in 2009 in which six policemen and two civilians were killed. Reuters