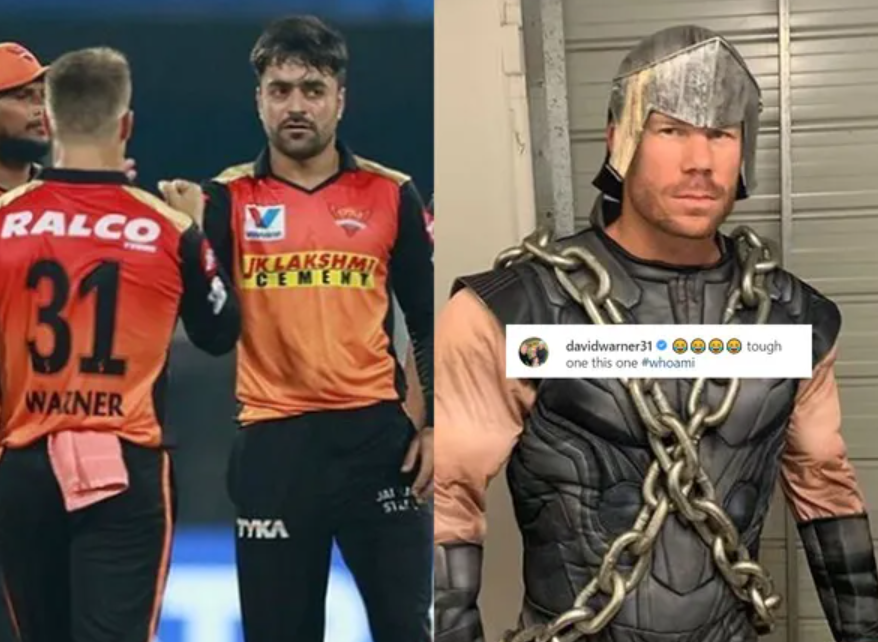 Sunrisers Hyderabad skipper David Warner has reacted after teammate Rashid Khan turned himself into ‘Baahubali’ in a hilarious video on Tuesday.

Besides being one of the most destructive batsmen across all formats of the gentlemen’s game, Australian opener and Sunrisers Hyderabad (SRH) skipper David Warner is also an endearing family man and a celebrated figure on the internet. During these times, Warner remained keen on interacting with his social media family by sharing hilarious and eccentric posts. Warner, who enjoys a massive social media following on Instagram is also known for expressing his love for the Indian film industry.

Talking about Warner’s goofy posts about Indian cinema, the Australian skipper often shares videos of himself where he can be seen lip-syncing famous dialogues of blockbuster movies. On Tuesday, Warner was given a taste of his own medicine when Afghanistan spinner Rashid Khan turned himself into a fictional character in one of his recent posts on the photo and video sharing platform.

With the help of the face swap app, Rashid turned himself into actor Prabhas aka ‘Baabhubali’, and also tagged his SRH skipper Warner while sharing the short video on Instagram. “Film and actor any guesses ?? @davidwarner31,” Rashid captioned his post on the Facebook-owned platform.

Taking cognisance of Rashid’s post, the Australian opener and charismatic leader of the Sunrisers Hyderabad side poked fun at his teammate. Here’s how Warner responded after Rashid reimagined himself as ‘Baahubali’ in a hilarious video.

Skipper Warner and Rashid have been retained by the Hyderabad franchise for the forthcoming edition of the Indian Premier League (IPL). Warner led the 2016 champions to the playoff stage of the IPL 2020 hosted by the United Arab Emirates (UAE). On the international circuit, Warner returned to Test cricket by representing Australia in the recently concluded Border-Gavaskar Trophy. The Australian southpaw had a series of forgetful outings against Ajinkya Rahane-led Team India in the four-match series.