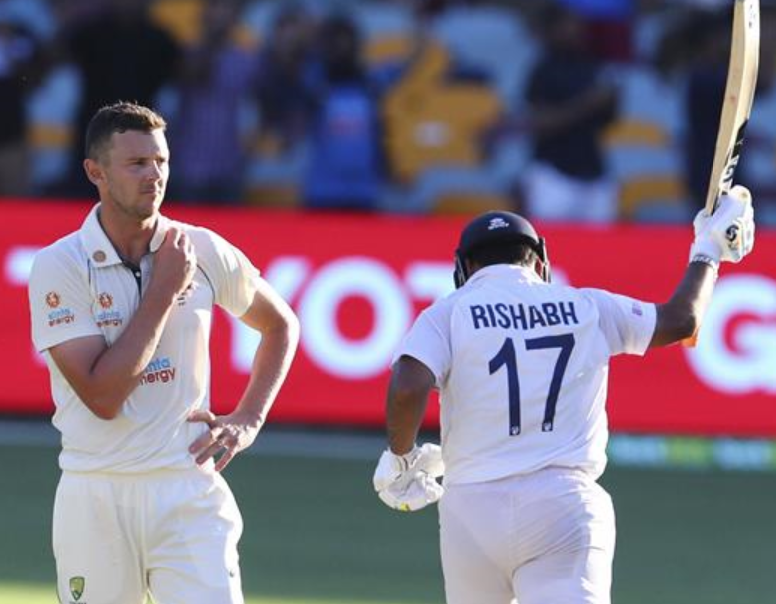 Rishabh Pant has navigated a wave of criticism and ridicule with his electrifying strokes in Australia but not long ago the wicketkeeper was “feeling the heat each and every day” even after cutting himself off from the outside world.

Up against one of the best bowling attacks of all time, Pant came into his own during the Test matches in Sydney and Brisbane, where he successfully powered India to an epic win days after failing to do so by a whisker in the third and penultimate match.

But the time prior to those two knocks of 97 and 89, the first one coming after he had taken two painkilling injections and sedatives, wasn’t so kind on the player who has been carrying huge expectations since bursting on to the scene.

“I was feeling the heat each and every day. It’s part and parcel of the game. But as an individual you need to believe in yourself,” said Pant, a key player in the team’s 2-1 series triumph Down Under.

“If you’re moving forward then you’re improving, this is what I’ve learnt during the tough phase. Focus so much on your game that you don’t notice anything else. It’s difficult also to block the outside noise because of social media but I have segregated myself from it.

“When you’re doing well people will write good but when you’re not, they will criticise you. It’s part and parcel of a cricketer’s life nowadays. So if you don’t focus on the criticism and instead focus on your cricket then that’s much better I guess,” he added.

The 23-year-old’s hard work paid dividends as he finished the four-match Test series as the third highest scorer with 274 runs from three matches.

Set a record target of 328 to win the match and series in Brisbane, Pant said he was always focused on going after it as draw was never an option for him.

“The mind-set was always to play normal cricket, even the team management spoke about it in the first innings. Let’s look to score runs, cash in on the loose balls, just stick in there and do whatever you can at that time.

“The team management’s plan from the beginning of the match was ‘let’s look to win the match’. Even my thinking has always been to win. I just want to win every game, draw is always the secondary option.”

Pant said he was disappointed at not being able to live up to the expectations during the 2019 World Cup in England.

“There have been ups and downs. The World Cup was a massive opportunity because it comes once in every 4 years. But I got out in my 30s. I was very disappointed because that was one of the biggest opportunities for me.

“My career hit a low after the World Cup, but then slowly I started increasing my focus towards the game because there is always scope for improvement in life.

“I’ve realised that there is no limit to how much you can improve, that’s what I’ve got to know in these last two years.”

Called the heir apparent of the iconic Mahendra Singh Dhoni at the beginning of his career, Pant has had to deal with the additional pressure of being as good as the former captain behind the stumps.

He has maintained that although the comparisons are flattering, he was aiming to make an identity of his own in the game.