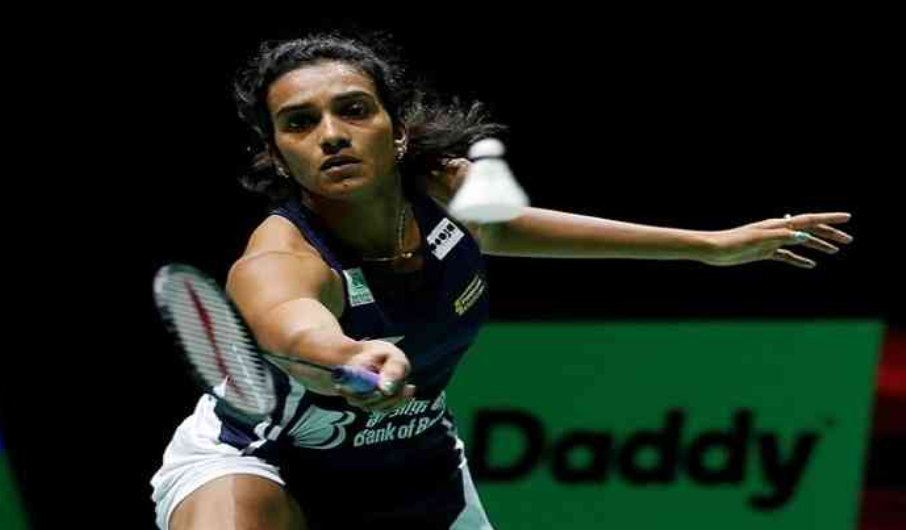 P.V Sindhu has over the years emerged as one of the top sporting stars in the country and with the Tokyo Olympics round the corner, the shuttler has her eyes set on not just qualifying for the showpiece event, but also making the country proud at the Games.

After reaching the finals of the Swiss Open, she would be looking to keep up the tempo and improve further in the upcoming All England Open 2021 in order to maintain her points to qualify for the Tokyo Games. The window for qualification has been extended until June 15 and as a result, Sindhu would look to ensure there is no slip-up.

Speaking to ANI, Sindhu opened up on her preparation for the Olympics and also shed light on her rivalry with World No.1 Carolina Marin. She also spoke about how she looks to keep learning and evolving as a professional sportsperson.

“The performance in the last four tournaments was fine, Thailand was not up to the mark but I think I have learnt a lot. After the Thailand Open, we had a two-week break, I rectified my mistakes and I came back. Swiss Open was a good tournament for me but not the result I expected. Yes, a lot more to learn, next up would be the All England Championship so working hard for it and all set. I hope I do well,” said Sindhu.

“All England, definitely it would be tough, it would not be easy. Each round is very important so you never know how each athlete would play on the given day. Every time, every day, with any player, I have to give my best and play to my 100 per cent. All set for the All England Championship, for me each round is important, from first-round, I need to be focused,” she added.

In the first Olympic qualifying event of this year (Swiss Open), Sindhu managed to reach the finals but she ended up losing the summit clash to Marin 12-21, 5-21.

“Definitely, the Swiss Open was a good one for me as it was important for me to come back strongly after the Thailand Open. I have come back stronger and I played in the finals. Losing the finals, I did not play with the right strategy and I made some simple errors, I have rectified them. Carolina Marin is a good and aggressive player, that competition should be there as it is healthy for the sport. She is a good fighter,” said the 25-year-old.

When asked whether playing back-to-back tournaments can wear out a player, Sindhu replied: “I do not have anything to complain about as it depends on individual players. We have been in a situation where we were not allowed to go out of our houses and as you know, Covid-19 stopped everything and we had no tournaments for a year.

Recollecting the time during the lockdown, Sindhu said: “In the lockdown, it was really sad that we could not play a lot of tournaments and we were staying just at home. I think I have learnt a lot from that because we have not got that much time before. I spent a lot of time with my parents and a lot of patience I have learnt. I kept myself busy in doing something or the other.

“I was training at home, everybody has been doing the same thing. I was always staying positive. It was good to stay home and spend some time because we haven’t got this much time before. We also learnt a lot of things like staying positive and learning some home stuff. I always kept that mental peace so that is very important.”