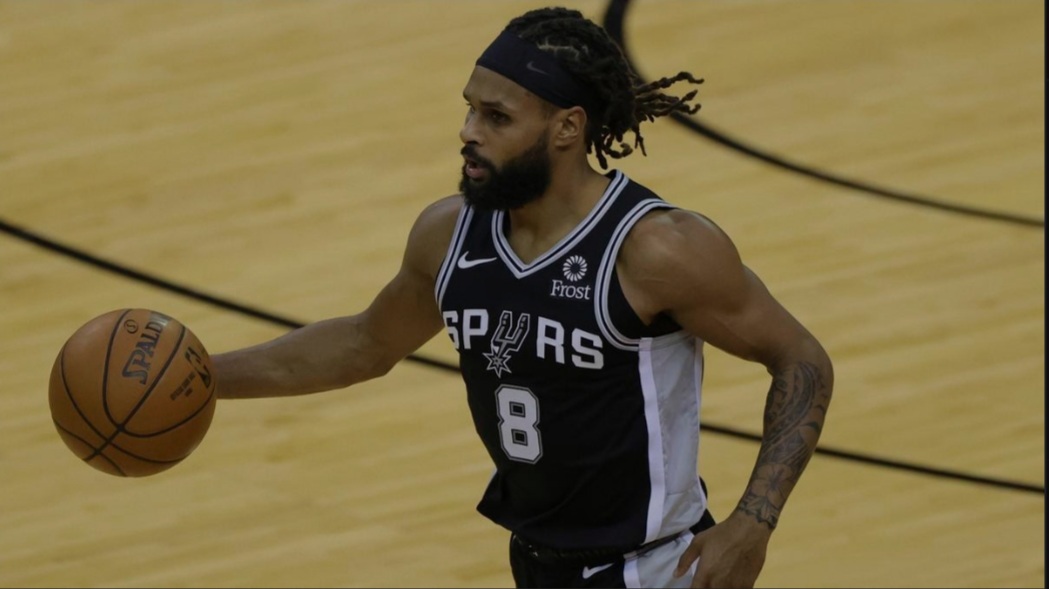 Veteran Australian Patty Mills nailed a career-high eight three-point shots, leading the way for the Spurs in a clutch win over the LA Clippers.

Off the bench, Mills drained a team-high 27 points as the San Antonio side came out on top 116-113 to snap a four-game losing streak

The Spurs fired out of the blocks to take a 24-point lead in the first quarter, but looked in danger of blowing things in the second half when Kawhi Leonard exploded in the third quarter. But Mills drained three consecutive threes early in the fourth to extend the lead to 111-96, and the Spurs just managed to hold on thanks to some poor Leonard finishing.

Leonard finished with a game-high 30 points (on 37 minutes to Mills’ 29), but the absence of injured Paul George proved decisive.

On the back of Mills’ solo effort, the Spurs tied a franchise record with 20 made 3-pointers.

“It was a mentality we came out with on the defensive end. It has nothing to do with shooting the ball,” Mills said.

“Playing team defence like that fuels the fire and confidence for everyone to be able to play with the same sort of energy.”

LeBron James and Anthony Davis picked up the pace when the Los Angeles Lakers needed them most, coming up big in the waning minutes of a 94-92 NBA victory over the Grizzlies in Memphis on Tuesday.

James and Davis scored 26 points apiece as the reigning NBA champions escaped with a victory that kept them unbeaten in four road games this season and improved their record to 6-2 overall.

James, who added 11 rebounds and seven assists, scored 21 of his points in the second half to make sure Los Angeles came out on the right side of the ledger on a night when both teams struggled shooting.

The Lakers trailed 79-77 with 5:18 remaining. Davis drained a three-pointer to put Los Angeles ahead, and he and James took over.

A steal by Davis led to a James jumper, and a block by Davis kept the momentum rolling as they combined for 15 straight Lakers points.

Each had a turnover in the closing span, but Kyle Kuzma’s layup, off a feed from James, pushed a three-point lead to five with 3.5 seconds left and Devin Brooks’ three-pointer for the Grizzlies wasn’t enough.

“We were able to close the game out, get some timely stops and some timely buckets,” James said

In Brooklyn, Kyrie Irving carried the load for the Nets in the absences of Kevin Durant, scoring 29 points on 12-of-19 shooting in a 130-96 romp over the Utah Jazz.

Irving made his first nine shots as the Nets raced to a 21-point lead at the end of the first quarter.

His performance, which also included six rebounds, five assists and three steals, was just what the Nets needed with Spencer Dinwiddie sidelined by a knee ligament injury and Durant ruled out this week by coronavirus safety protocols after contact with someone who tested positive.

Caris LeVert, who added 24 points off the bench for the Nets, said Irving’s performance was no surprise to his teammates.

“We kind of expect that from him,” he said.

“That was a great start. He took the shots the defence gave him, and he was very efficient out there, great at leading as well, talking to us on the defensive end, talking us through plays, talking to us with the new group he was out there with … it looked very seamless out there. I think Ky should get a lot of credit for that.”

The Nuggets, fuelled by Nikola Jokic’s 35 points, won a back-and-forth battle with the Minnesota Timberwolves 123-116 in Denver.

The Nuggets led by as many as 18 points in the first half, but the Timberwolves battled back to take an eight-point lead in the third quarter.