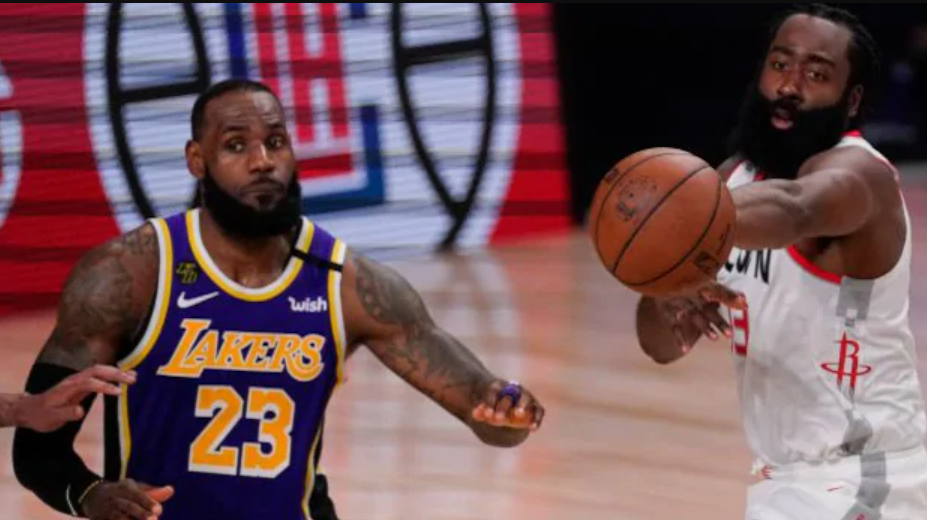 Harden was due to arrive in Brooklyn on Thursday and Marks believed he could be cleared to play once all the players in the deal had passed their physicals.

New York: As the Nets were closing in on the deal for James Harden, general manager Sean Marks wanted to know if his two superstars really wanted to share the stage — not to mention the ball — with a third.

Marks said Thursday that both Kevin Durant and Kyrie Irving told him what he needed to hear, so he pulled the trigger on the blockbuster deal that landed the NBA’s three-time scoring champion in Brooklyn.

“They understand what’s at stake here,” Marks said. “Everybody’s raised their hands and said, ‘Look, we’re in. We know what we’re shooting for’ and that includes James, the new player. He knows what’s at stake.”

The Nets acquired Hae\rden from Houston in a multiteam deal

Brooklyn now has undeniable firepower, with Durant a four-time scoring champion who looks as good as ever in his return from Achilles tendon surgery and Irving pouring in nearly as many points before taking a leave of absence from the team for personal reasons.

But only the commitment from the three players will allow the Nets to fully utilise it and Marks is confident he secured that from his own players and from Harden.

“I think he’s looking for a fresh start and I think these guys are going to have to sacrifice without a doubt,” Marks said. “But they’re also going to push us. They’re going to push our franchise and hopefully take us to where we need to go.”

Harden was due to arrive in Brooklyn on Thursday and Marks believed he could be cleared to play once all the players in the deal had passed their physicals. The Nets play Saturday against Orlando and then Monday in a Martin Luther King Jr. Day showdown with Milwaukee that now looks like a potential preview of the Eastern Conference finals.

Harden’s unhappiness in Houston had been clear since he arrived late and out of shape to training camp. Marks said the Nets had been looking into the situation before things truly sped up over the last 48 hours — though said that was unrelated to Irving’s absence.

He said he never had to address sacrificing shots with the superstars, because they did it first.

“They were the ones to bring it up right off the bat, which was, they want to win,” Marks said. “That’s all I heard from James, is, ‘I want to win, I’m all about winning.'”

The deal comes with huge future risks, and few organizations know them better than the Nets. They gave away years of picks in the trade to get Paul Pierce and Kevin Garnett in 2013, managing only a second-round playoff appearance while Boston rebuilt one of the top teams in basketball with picks that became even more valuable after Brooklyn tumbled toward the basement.

Marks denied the Nets had again mortgaged their future, saying: “We’re not bankrupt right now.” And with a clear window to win with all three players under contract at least through next season, he may have made the move anyway.

“At the end of the day, it goes back to when you have the opportunity to add James Harden to your roster, you’re certainly going to do your due diligence and you’re going to do everything you possibly can to make that happen,” Marks said.

The Nets will have to fill out a roster that has holes, though Marks said he won’t rush that. He wants to see how the current team fits and it’s unclear how soon that can happen, with Irving’s return date still unknown after a five-game absence.

Marks said Irving has continued daily Coronavirus testing while gone, which could pave the way for a quick return once he rejoins the team. He has been talking to Irving but wouldn’t say why he remains out, saying the point guard would eventually do that.

“I think it’s been well documented that if there’s reasonable excuses for their absence, fine, we have got to support, whether it’s our players or whether it’s our staff, and you would do that in any industry,” Marks said. “But you also hope there is an adequate, more than adequate excuse as to like, why he needs personal time. And he will address that without a doubt.”

Irving and Durant are close friends who came to Brooklyn together as free agents in 2019. Durant and Harden were teammates in Oklahoma City and have remained close. Marks believes those prior relationships are another reason the players will be willing to leave behind their egos and a few shot attempts.

If they do, the Nets might meet the expectations that Marks said he won’t run from.

“I think everybody knows what this team is positioned and potentially capable of doing,” he said. “Now we’ve got to get everybody jelling, get everybody on the same page and I don’t know if that takes two games, 10 games, 20 games, whatever it is. But there’s certainly the talent there.”