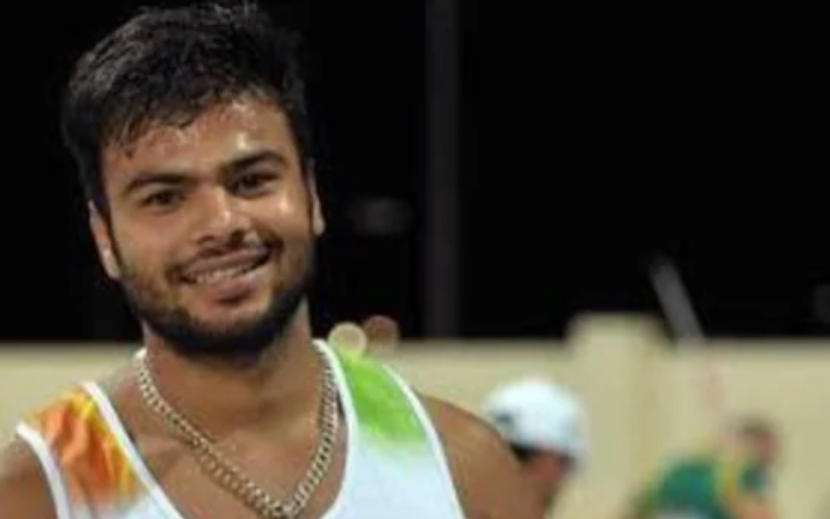 The 22-year-old Antil bettered his own record of 66.43m which he had recorded during the Indian Grand Prix organised by the Athletics Federation of India at Patiala. He had competed with able-bodied athletes in that event.

Tokyo Paralympics-bound Sumit Antil broke his own javelin throw world record in the F44 category with an effort of 66.90m to claim the gold medal during the National Para Athletics Championship on Friday.

The 22-year-old Antil bettered his own record of 66.43m which he had recorded during the Indian Grand Prix organised by the Athletics Federation of India at Patiala. He had competed with able-bodied athletes in that event.

He qualified for the Tokyo Paralympics during the 2019 World Para Athletics Championships where he had won a silver behind another Indian Sandeep Chaudhary.

Chaudhary, who has also qualified for Tokyo Paralympics after winning the gold at the 2019 World Para Athletics Championships and a former world record holder before Antil broke it, finished second with a best throw of 60.90m.

Chaudhary was recently embroiled in a controversy when he went missing when a team of dope testers from abroad came for an out-of-competition test at his training base in New Delhi.

The International Paralympic Committee later said Chaudhary’s missed dope test will not constitute a whereabouts failure as he had taken permission for the leave.

The F44 category athletes have leg amputations or reduced function in one or both legs, and they compete without a prosthesis.

Meanwhile, the Paralympic Committee of India (PCI) has responded to the Sports Authority of India (SAI) which sought a report after it emerged that facilities at the championship were not wheelchair-friendly and Covid 19 protocols were also “not being adhered to”.

The PCI said in the letter that Covid 19 compliance measures were implemented for the safety of the athletes, technical, professional and other staff members.

“No spectators were allowed, no opening/closing ceremony is being conducted, separate (11) mini buses have been provisioned for local transportation, separate (10) toilets have been arranged,” the PCI said.

Regarding accessibility of the para-athletes to the competition areas, the PCI said all the arrangements were in place and the entire stadium (Kantiveerva) was accessible.

“A very small patch was under renovation for laying of track, due to last-minute shifting from Tamil Nadu. This work could not be completed, hence temporary measure for accessibility now ensured.”