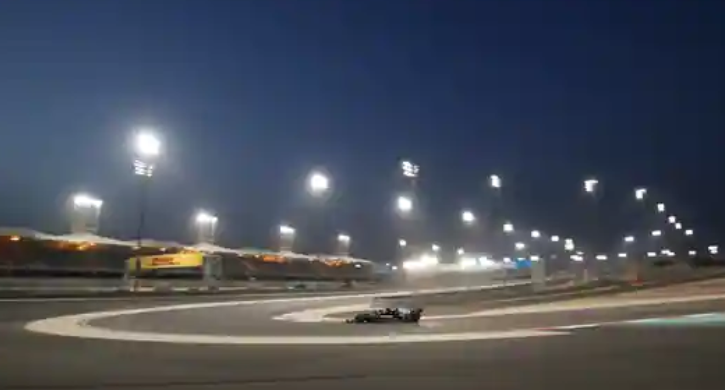 The Finn had managed only six laps on Friday due to a gearbox problem in the morning, and seven times world champion Lewis Hamilton sent the car backwards into the gravel on Saturday.

Valtteri Bottas lifted Mercedes to the top of the testing timesheets in Bahrain on Saturday in a return to normal service for the unsettled Formula One champions after a difficult opening day.

The Finn had managed only six laps on Friday due to a gearbox problem in the morning, and seven times world champion Lewis Hamilton sent the car backwards into the gravel on Saturday.

The situation was a far cry from recent years of Mercedes dominating pre-season testing.

Bottas got the team back on track with 58 laps of the Sakhir circuit in Saturday’s second stint, the same amount that Hamilton did in the morning, with a fastest lap of one minute 30.289 seconds on the softest and quickest tyres.

How much that meant, in testing, remains to be seen and Bottas recognised it was unclear what fuel loads rivals were running.

“It’s windier here than we’ve had at a race but one of the bigger issues with the car is the rear end, it’s quite snappy and unforgiving,” said Bottas.

“With the new tyres, it’s quite sensitive so we need to calm the car down a bit.”

Mercedes still remained last when it came to laps completed, with both drivers having a half day each remaining to them.

“It’s day two of testing, so we’re just focused on doing our job,” said Hamilton, who had struggled through a sandstorm on Friday.

“There’s no point in getting worried just yet, everyone’s focusing on their programmes and that’s what we’re doing.”

Australian Daniel Ricciardo was fastest for McLaren in the morning session for the second day in a row.

Double world champion Fernando Alonso, who has replaced Ricciardo at the Renault team now renamed as Alpine, began his comeback after two years away with the second-quickest time in the morning.

The Spaniard ended the day with 128 laps under his belt.

“The car did feel good today, but I think we still need to understand the characteristics of the new aero package a bit better,” he said.

Mexican Sergio Perez, taking over the Red Bull from Max Verstappen who drove on Friday, was third quickest in the morning but had a scare in the afternoon when part of his car’s engine cover flew off on the main straight.

“It is clear that we have not been chasing lap times and have only run one of the harder compounds, so there are no real conclusions to be drawn from the overall time sheet,” said Red Bull’s head of race engineering Guillaume Rocquelin.

Hamilton’s excursion into the gravel on a windy morning halted the session for some 15 minutes.

The car was transported back to the pitlane, shrouded in a black sheet, to be cleared of gravel before he returned for the final hour before lunch.

Other drivers, including Ferrari’s Carlos Sainz, also went off or had spins in challenging conditions with the wind direction shifting.

Aston Martin’s Sebastian Vettel sat out most of the first session due to a gearbox issue and did only nine laps.

Teams have only three days of testing, half the amount of last year, before the first race in Bahrain on March 28.