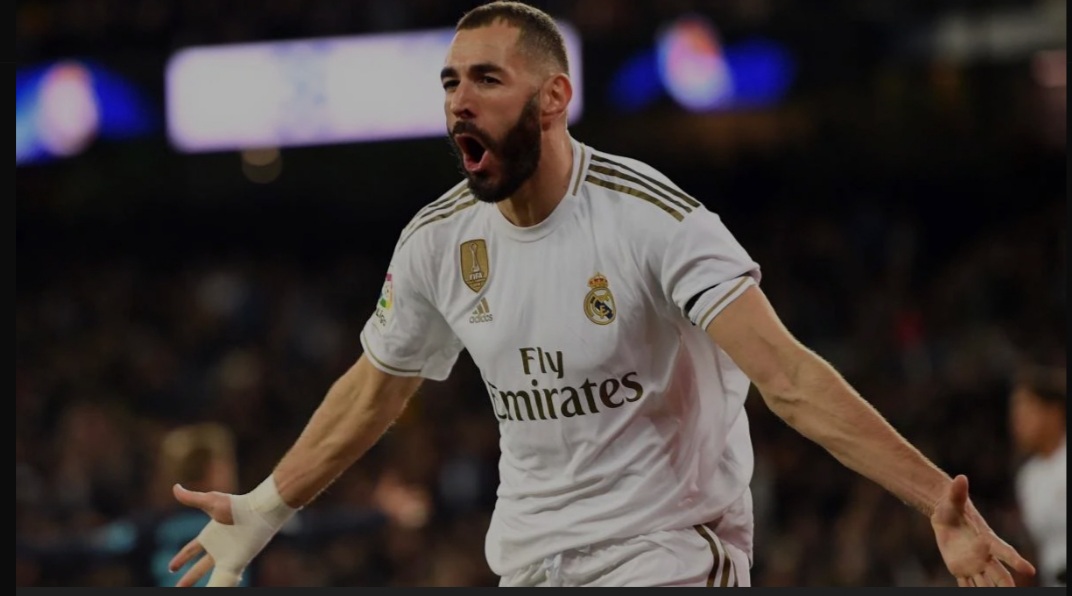 Real Madrid were lacking a bit of firepower in attack due to the absence of Eden Hazard and Vinicius Jr, but Karim Benzema was happy to do most of the heavy lifting in the attack.

Real Madrid forward Karim Benzema kept up his impressive run of form by scoring and providing two assists in a 3-1 win away to Eibar on Sunday, taking the champions level on points with La Liga leaders Atletico Madrid.

The French forward got Real off to a flying start by scoring in the sixth minute, trapping a chipped pass from Rodrygo with his right foot and calmly finishing into the net with his left for a fifth goal in his last four matches in all competitions.

He was the architect of Madrid’s second goal in the 13th, beating a defender by the byline and cutting the ball back to the edge of the area, where Luka Modric was waiting to slam it high into the net with one touch.

Eibar got back into contention with a curling long-range strike from Kike Garcia in the 28th minute. However, Zinedine Zidane’s side sealed the points with a Lucas Vazquez goal in stoppage time, created by another fine pass from Benzema, to make it five wins in a row in all competitions.

Madrid were lacking a bit of firepower in attack due to the absence of Eden Hazard and Vinicius Jr, but once again Benzema was happy to do most of the heavy lifting in attack.

The man who Zidane described last week as the best French forward of all-time combined superbly with Rodrygo for the opening goal, timing his run to perfection to beat the offside trap before producing an exquisite control and finish.

Benzema showed his more generous side to set up Modric for the second goal and should have scored again moments later when he failed to properly connect with a Modric cross.

He looked to have found his second goal after Garcia’s sumptuous curler but his strike was ruled out for offside.

Eibar improved greatly after the interval and spurned a number of chances to equalise.

Japanese midfielder Takashi Inui latched on to a disastrous pass from Real captain Sergio Ramos but failed to find the target, while his compatriot Yoshinori Muto struck the woodwork soon after.

Eibar then had loud appeals for a penalty turned down when the ball struck the arm of Ramos.

But just as in Madrid’s last victory over Athletic Bilbao, they rode out late pressure and scored right at the end of the game to leave with a 3-1 scoreline that again masked some obvious defensive frailties.