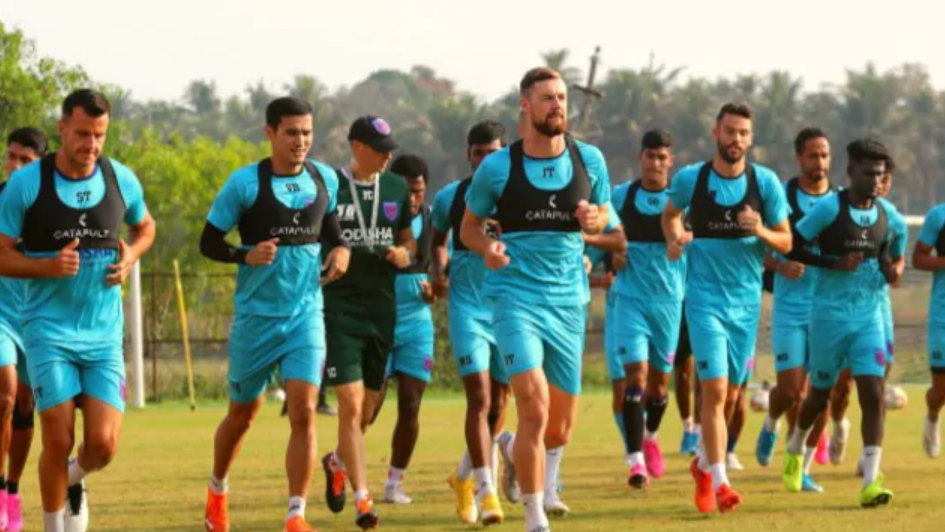 The bottom-placed side has been on a six-match winless run now, having won only one game all season, which came against Kerala Blasters.

With their hopes of qualifying for the Indian Super League playoffs all but over, all that Odisha can fight for now is pride.

The bottom-placed side has been on a six-match winless run now, having won only one game all season, which came against Kerala Blasters. And they will be keen to repeat that feat when they face the same opponents at the Fatorda Stadium, here on Thursday.

While Odisha will be battling for pride, Kerala placed 10th, will try and reach as close as they can to a top-four spot. Odisha coach Gerald Peyton is aware that Kerala will be fighting for all that they have but he will take confidence from their record against the southern outfit. In their three meetings so far, Kerala have never beaten Odisha.

“I think they’ve got some good players.,” he said. “Tactically, we know how they play and will match them in every area. They play a 4-4-2 and we are going to play the same way. We are going to make it difficult for them and I think we can do the double over them.”

Like their opponents on Thursday, Kerala have also been struggling. They are winless in four games and have conceded the most goals this season (27). Odisha lie a close second on that table, having conceded 25 goals. The defensive issues faced by both teams are visible from the fact that Odisha has faced the maximum number of shots on target while Kerala have faced the second-most.

Kerala has to put in some encouraging displays in their last few games but have been unable to hold on to whatever advantage they’ve managed to gain. In their last two games against ATK Mohun Bagan and Mumbai City FC, Kerala suffered defeats despite opening the scoring. They have now dropped 16 points from winning positions this season.

Making the playoffs appears an uphill task but coach Kibu Vicuna hasn’t given up hope. “Our objective is to get 12 points (from our remaining four matches) but we will take it step-by-step,” he said. “Tomorrow is an opportunity to get the points and be closer to the teams that have better chances of qualifying for the playoffs.”