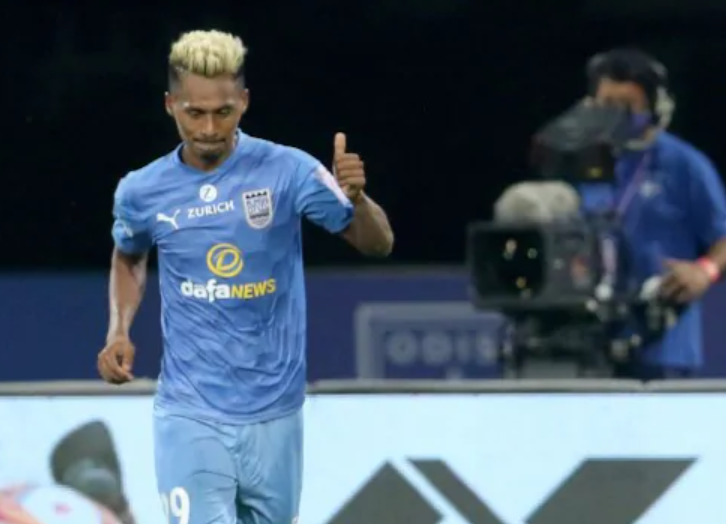 Bipin Singh’s numbers across all departments have recorded an improbable growth of late. He speaks on what has made him so good this season.

India men’s football team coach Igor Stimac has a long list of newcomers in his recent list of probables for international assignments. Each one of them extremely talented and impressive, but none of them have had a better season in the Indian Super League (ISL) 2020-21 than Mumbai City FC winger Bipin Singh.

Among the young talents that have shone in the top division, the 25-year-old midfielder has been the brightest, and that has helped him carve a place for the first time in the national team setup despite the fierce competition in wide midfielders’ ranks. His performance has not only helped him, but has also been highly beneficial for the club as it went on to win the League winners shield.

The Manipuri footballer has clocked 1,571 minutes this season in 20 games in the league stage, which is more than what he managed in the previous three seasons in the league. While he started 18 of the 20 games this season, he only managed to enter the starting lineup four times in 15 games last season.

The astronomical evolution of the footballer is not a result of some magic wand, but of seasons of hard work under the sun, that is not to say is the reason behind the appearance of his hair. That we believe is just hair colour. One thing that we can certainly say about his growth is the positive impact that Mumbai coach Sergio Lobera had.

Hailing from the Wangoi area of Imphal West, Bipin began his footballing journey with the local club Wafa Wangoi. After four years with them, he had a year with Manipur police before moving to Shillong Lajong FC in 2012, spending five years at the club. In 2017, he joined ATK and a year later, came to Mumbai.

So much changed for Bipin but Bipin didn’t change much. He was a pacy winger who could run through defences and remained an impact player for most of the managers. When Lobera took the charge at Mumbai, many would have expected Bipin to be among the casualties, but the exact opposite happened. This was a perfect case of a coach harnessing the best out of a player and of an athlete giving his best to the coach.

“Coach showed belief in me and gave me the opportunity to play. This means a lot to me,” Bipin tells

Lobera scouted Bipin as a player who not only brought pace to the side but could also be the cynosure of attacking moves.

“During the training session, he emphasises on how to hold the ball, control it, and always encourages me even if I make a mistake,” shares the Mumbai City footballer.

“Since the start of the season, I have tried my best to play according to his style. I had seen his style of play when he was at FC Goa. After coming to Mumbai City FC he clearly told us what he expects from us and what style of football he wants us to play.”

One of the major reasons behind Bipin being so effective on the pitch has been his linkup play with the teammates. The freedom to be more than a winger, in a team that plays possession-based football, controls the game, has allowed the Manipuri footballer to swap positions on the pitch. He has been venturing more into the box than ever and that has led to his impressive goals and assists’ tally. It has been quite a makeover from his time under former coach Jorge Costa.

“(Jorge) Costa’s style was more of playing on counter-attacks and long-range football. Lobera’s style of football is more attacking, where you have the freedom to play free-flowing football,” says Bipin.

While he is experiencing a terrific season both personally and as a team member, Bipin is well aware that there are larger things to achieve. The modern football requires an attacker not only to create opportunities but also to track back and help his team when they are in danger, more so in a team that thrives on possession. Teams now yearn for possession and for that you need to know how to win the ball. Bipin wants nothing different.

Bipin has shown that he has his head in the right place, he learns quickly and executes swiftly. With his marauding pace and ability to create scoring opportunities, the player has the potential to serve both, Mumbai City and India, for a long time.