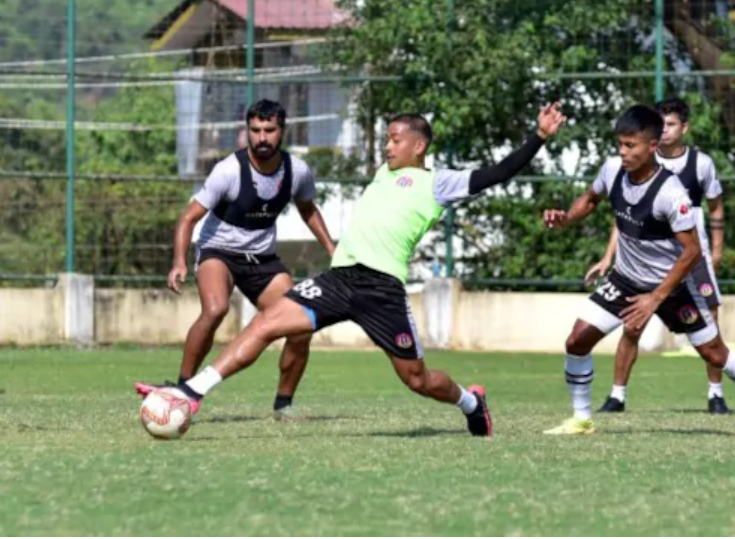 A win against fourth-placed Hyderabad FC at the Tilak Maidan will take them within four points of their opponents with three games left.

SC East Bengal, who have struggled for consistency so far in their maiden Indian Super League (ISL) season, will face Hyderabad FC in a must-win game in Vasco on Friday.

They’ve spent most of the season near the bottom of the table. Despite that, it’s not all over for them, for a win against fourth-placed Hyderabad FC at the Tilak Maidan will take them within four points of their opponents with three games left.

SCEB have 16 points from 16 games. They would still need favours from other teams to dent the chances of NorthEast United FC, Hyderabad and FC Goa — all of whom are tied on 23 points with 16 games played — but it is not out of the question.

They face ATK Mohun Bagan, NorthEast and wooden-spooners Odisha FC in their last three games. But for assistant coach Tony Grant, Friday’s test may be the toughest one yet.

“I rate them higher than most of the other clubs. They are better than the last two years and they got some good players. It’s going to be a tough game.

“They are few points ahead of us so they have got more to try and hold on to,” he added.

But to get anything out of the match, SCEB will have to be at their best in the final third. They have scored the lowest number of goals from open play (7) and talisman Bright Enobakhare has faded after a bright start.

East Bengal had their finest game against Jamshedpur FC with the entire squad putting on a good display.

Grant maintained that he prefers to start with a similar eleven but wasn’t sure if that was the best 11.

“We can’t play the same 11. We played really well. We would like to play the same team but whether we have any knocks or inquiries, we will find out later,” Grant said.

Meanwhile, Hyderabad coach Manuel Marquez, who has just extended his contract with the team, knows that a win will be a giant step towards making the playoffs. His team is on an eight-match unbeaten run and will look to continue their good form.

“It’s a tough game. I think that they have changed a lot of players. But we will try to win,” he said.

“(If) we win all the games, we will be in the top four. The end is close. We need to take it game by game and win points.”