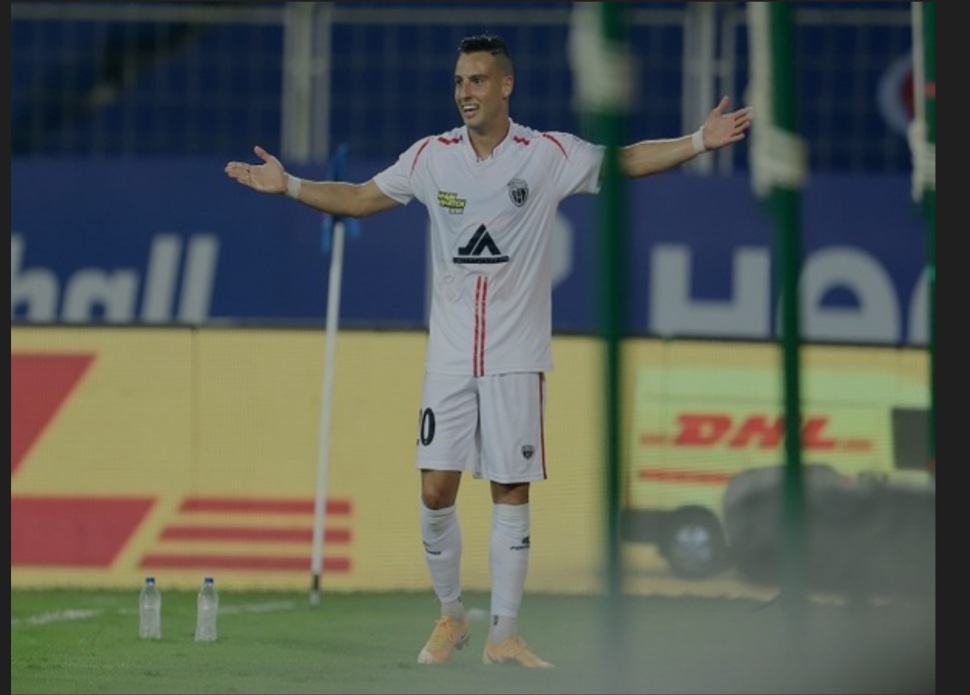 [mi]. Igor Angulo, Nerijus Valskis, Roy Krishna, Adam le Fondre – teams in the Indian Super League have taken a punt on some proven striking talent, but at the end of the fifth round, the surprise of this tournament has come in the form of the NorthEast United team and its egalitarian attack.

In the opening game of the season, NEUFC had the unenviable task of facing a Mumbai City team that was and is still considered the favourite. But the underdogs came away with a 1-0 victory. Since that win, they have scored seven more goals, the joint-most in the league, and are currently third in the league table after a late goal by Luis Machado helped them clinch a draw against Bengaluru FC.

Yet to lose a game and having already equalled their miserly two wins in total from last season, the unusual start for NorthEast is down to the manner in which the youngest manager in the ISL has set his team up. Mostly opting for a 4-4-2 or a 4-3-3, Gerard Nus has shown the kind of pragmatism a team like NorthEast has to rely on. His offensive strategy has allowed both his strikers – Kwesi Appiah and Idrissa Sylla – to snag a couple of goals each. Attacking midfielder Luis Machado has also chipped in with three strikes.