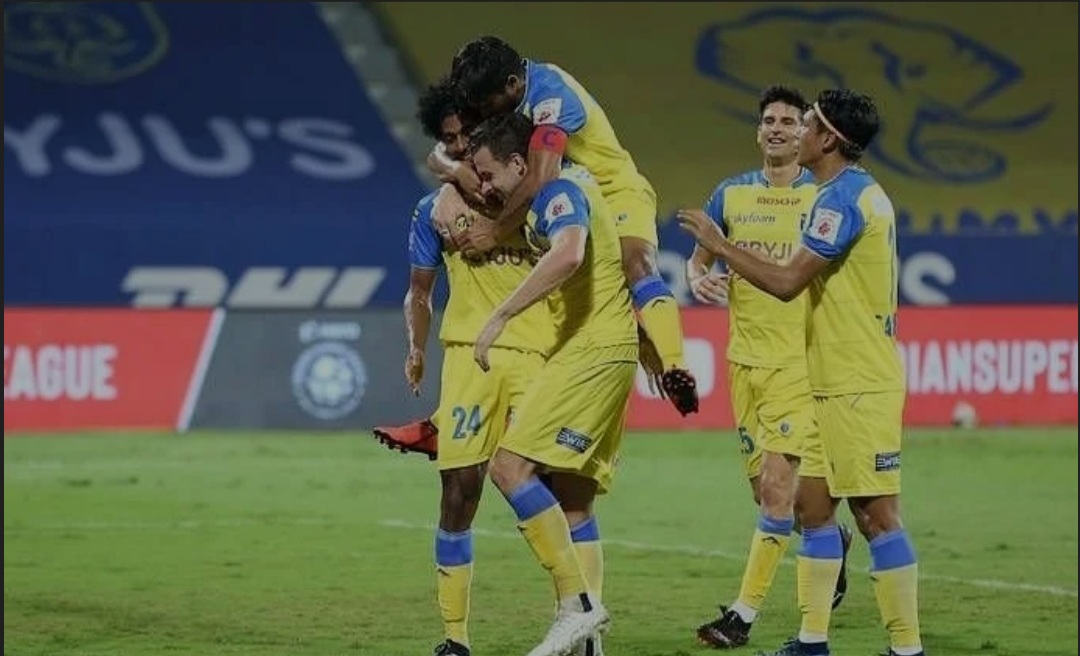 Kerela Blasters dished out a complete performance as they defeated Hyderabad FC 2-0 to secure their first win of the Indian Super League [ISL] 2020-21 season at the GMC Stadium in Bambolim on Sunday. Abdul Hakku’s header (29′) put Kerala ahead in the first half before Jordan Murray (88′) sealed three points for Kibu Vicuna’s side.

Vicuna rang in five changes to the side that drew against SC East Bengal while Hyderabad made two changes with Liston Colaco returning to the starting eleven. Both sides created chances in the first half but it was Kerala who headed into the break with a lead. Kerala started on a bright note and had a chance to break the deadlock early on when an error from Asish Rai got Hyderabad in trouble. Sahal pounced on Rai’s poor touch and squared the ball but Odei Onaindia thwarted the danger with a vital tackle.Hyderabad too created a few half-chances with Aridane Santana failing to take them. Both sides fought neck-and-neck but Kerala grabbed the opener just before the half-hour mark through a set-piece. They got a corner and Facundo Pereyra whipped an inch-perfect cross for Hakku, who bagged his first ISL goal through a pin-point header.

Hyderabad rallied back after conceding, pushing hard for the equaliser and came close before the end of the first half after some good build-up play. Rai squared the ball for Santana in the box but the latter fluffed his lines and failed to get his shot on target.

Kerala piled the pressure on Hyderabad after the change of ends, and carved out great opportunities to double their tally before the hour mark. The first chance arrived when Pereyra threaded in a ball for Sahal in the box. He created space and only had the keeper to beat but his mishit found the side netting.

Minutes later, Subrata Pal produced a top-notch save after diving full-stretch to keep Rahul KP’s deflected shot out for a corner.

Hyderabad threw the kitchen sink in the dying minutes but just like the first half, failed to convert their chances. The best opportunity fell to Halicharan Narzary in the 80th minute, but he miscued his shot. Receiving the ball on the left, the winger cut inside looking to find the far corner but saw his effort sail over the bar.

However, their hopes of making any comeback were swept away when Murray put the game to bed late on. Substitute Adil Khan failed to deal with a cross in the box and it fell to Murray, who made no mistake and placed his shot in the bottom corner