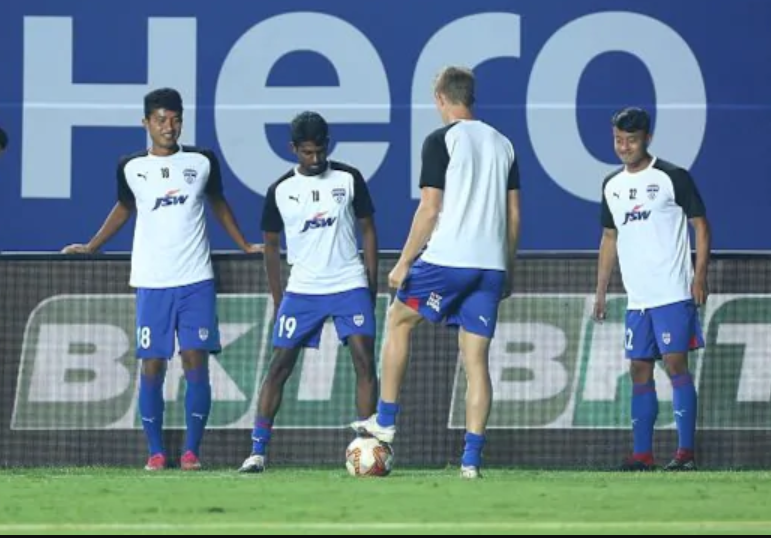 SCEB are currently four points away from the fourth spot but Fowler believes his side is still in the race, despite the position they find themselves in.

Vasco:  A desperate SC East Bengal will look for maximum points to keep their playoff hopes alive when they face former champions Bengaluru FC in an Indian Super League match, on Tuesday.

Placed second-last in the league table, Robbie Fowler’s side has accumulated just 13 points from 14 matches and can definitely still make the playoffs, if results go their way.

The inability to convert chances has cost SCEB points lately. They are currently on a four-match winless streak and have netted just 12 goals all season, which is the second-lowest tally in the league.

SCEB are currently eight points away from the fourth spot but Fowler believes his side is still in the race, despite the position they find themselves in.

“The results will dictate that obviously (whether we make it to the playoffs). We go into games wanting to get the results and we’ll keep trying until it is mathematically impossible to get into the top four,” Fowler said.

“At the minute, it is (possible), but the results may dictate that,” Fowler added.

Similar to SCEB, Bengaluru have also been on a lean patch. They have been winless in their last eight matches, having lost five of those.

Conceding goals has been a problem for BFC, who have now failed to keep a clean sheet in 11 matches. They have conceded 19 goals so far, with only Odisha and Kerala conceding more.

So far this season, the Blues have dropped nine points from winning positions. They were close to securing a win in the last game before throwing away a two-goal lead to Hyderabad FC in a 2-2 draw.

They will have their task cut out against SCEB, with both Erik Paartalu and Juanan set to miss the game.

BFC interim coach Naushad Moosa acknowledged the mood in the camp has been uneasy, given the recent run of results.

“If you see the points table, it’s not much of a difference,” he said.

“Just one win and you’re there. That really motivates us and that’s what is pushing us to get a positive result. Just one game, three points and we are there. We need to work hard and be there in the playoffs,” Moosa added.