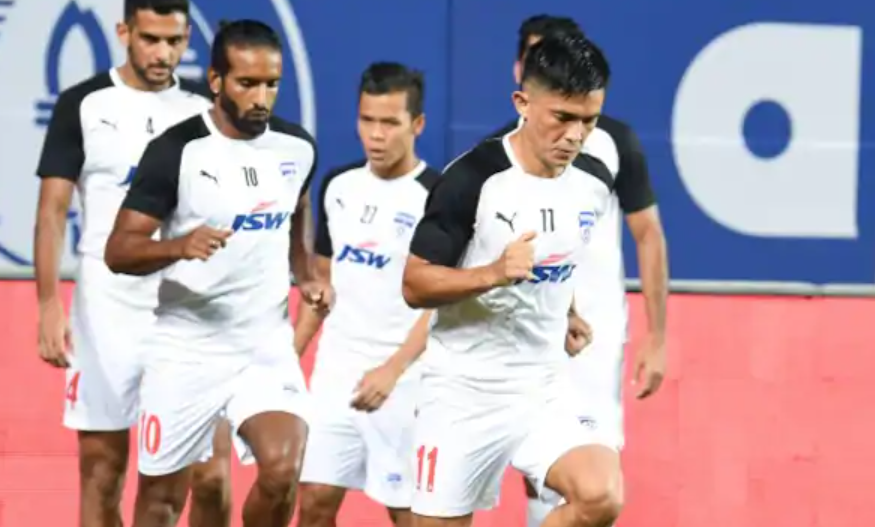 Riding high on a four-match unbeaten streak, Bengaluru FC will look to maintain momentum when they face ATK Mohun Bagan in an Indian Super League encounter on Tuesday.

Margao: Riding high on a four-match unbeaten streak, Bengaluru FC will look to maintain momentum when they face ATK Mohun Bagan in an Indian Super League encounter on Tuesday.

Bengaluru seem to have finally have found a semblance of rhythm, remaining unbeaten in the last four games while also keeping clean sheets in their previous two outings.

“Right now we are focusing on ATK Mohun Bagan and we know how to play. We will give our best. Players are positive and everyone is giving their best. Last two matches, we have not conceded goals. Let’s hope we play in a positive way,” said interim coach Naushad Moosa.

The two clean sheets were primarily due to the brilliance of keeper Gurpreet Singh Sandhu. He made six crucial saves against Chennaiyin FC to salvage a point and keep his 29th clean sheet in the ISL.

However, against ATK Mohun Bagan, Moosa stressed the need for his side to be compact and not leave everything to the keeper.

“The way Bagan is playing, they have been scoring even after conceding and that is one thing we have to be careful. We have to be more compact. It won’t be an easy match,” he said.

“First (thing) is not to concede goals as we know we can score anytime. With Sunil (Chhetri), Cleiton Silva, anything can happen,” Moosa added.

Bengaluru have a poor record against ATKMB coach Antonio Habas but Moosa stressed that his side would not be under pressure.

“First of all, it’s important that I don’t want to put pressure on the players. They need to be more relaxed. They know how important the matches are,” Moosa said.

“We are aware of the situation. Mohun Bagan have a good strike line with Manvir Singh and Roy Krishna. We have to be careful and the players are aware of it,” he added.

Meanwhile, Bagan are comfortably sitting in second position and are three points behind leaders Mumbai City FC. A win will put them on par with the Islanders.

However, coach Antonio Habas prefers to take each game at a time.

“The aim is to be in the playoffs mathematically and then be in the first position. And after that semi-finals and then in the final, if possible. We are going to go match by match and day by day,” said Habas.

“The Bengaluru match is just another game. The team is continuing to do well in defense. We are improving in attack and this is important for us,” he added.

Coming off a romping 4-1 routing of Odisha FC, Habas will be tempted to persist with Manvir Singh, whose brace at the weekend included a goal of the highest order.

Carl McHugh will be up for selection, however, Pronay Halder is out with a suspension through accumulated cautions.