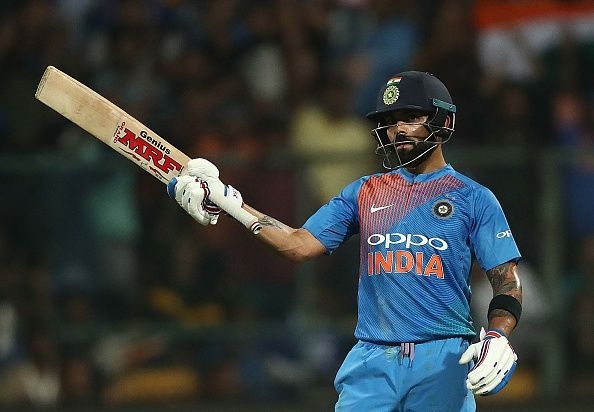 The home season of the Indian Cricket Team will kick off from tomorrow when the Men in Blue take on South Africa in the first of three games of the T20I series. Dharamshala will host this encounter hence, the pacers will get some assistance from the wicket.

India had defeated West Indies 3-0 in the previous T20I series that they played while South Africa will play their first T20 international since 24th March.

While both the teams are evenly matched, here’s why the home side will win the match:

Why India will win the match?

The openers, Shikhar Dhawan and Rohit Sharma have an excellent record when they play at home while skipper Virat Kohli was in exceptional touch in the series against West Indies.

The team’s middle-order has been a reason for worry but Rishabh Pant proved himself as a match-winner with a spectacular knock in the third T20I of the Windies series. Manish Pandey may lose his place to the in-form Shreyas Iyer which means the troubles for South Africa will increase significantly.

Hardik Pandya will make his return to the team and everyone knows how dangerous he can be once he gets going. Also, Pandya had bowled well when he has played for India at the HPCA Stadium in Dharamshala.

Left-arm spinners, Krunal Pandya and Ravindra Jadeja can keep a check on the runs while the likes of Khaleel Ahmed, Navdeep Saini and Deepak Chahar will trouble the opposition batsmen with their pace and movement.

The South African batsmen who will play in this series have very little experience of playing in the Indian conditions. The duo of Deepak and Navdeep will make life difficult for them and also, they may find it hard to tackle Jadeja in the spin department.

Kagiso Rabada and Quinton de Kock are the only two players to be wary of because the rest of the team is pretty much inexperienced. Even the captain, de Kock will make his captaincy debut tomorrow.

With all the factors in India’s favour, the fans can back Virat Kohli and co. to kick off the 2019/20 home season on a winning note.