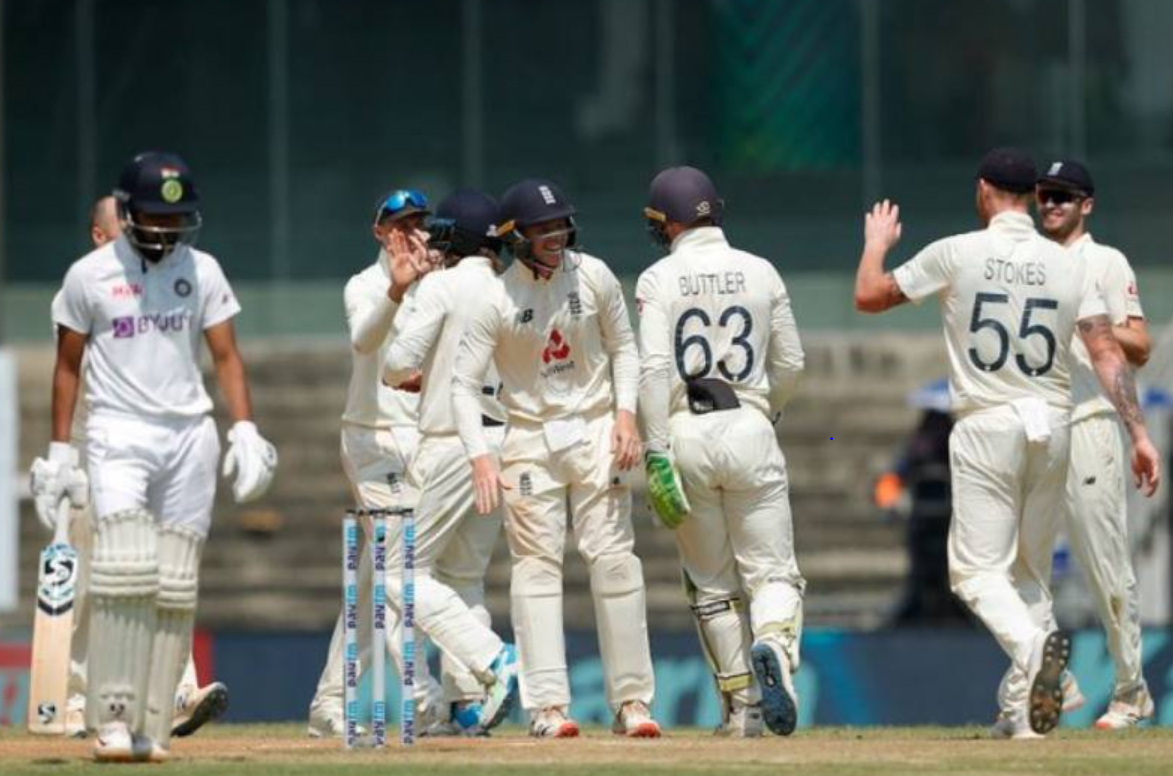 PLAYER OF THE MATCH

The magnificent James Anderson and Jack Leach starred as England took a 1-0 Test series lead over India with an emphatic 227-run victory on the final day in Chennai.

England started day five needing another nine wickets to win a match they dominated throughout and Joe Root’s side got the job done in the afternoon session at M. A. Chidambaram Stadium.

Anderson produced a sublime spell before lunch, taking two wickets in one brilliant over, and finished with figures of 3-17, while the impressive Leach took 4-76reaching their unlikely target of 420 to win or being capable of batting out for a draw.

Victory for the tourists ensured Root matched Michael Vaughan’s record tally of 26 Test wins as captain, capping a dream 100th match in the longest format for the in-form batsman, whose classy double century set up a perfect start to the four-match series.

India resumed on 39-1, needing an unlikely 401 more runs for victory, and they were two down when Leach drew an edge from Cheteshwar Pujara with a delivery that turned sharply, Ben Stokes taking a sharp catch at first slip.

Anderson then came to the fore with a magnificent over, removing Gill’s off stump and repeating the trick to clean up Ajinkya Rahane for a duck three balls later.

India were in deep trouble on 110-5 when Rishabh Pant fell into the trap, taken by Root at short cover as another clever piece of bowling from the wily Anderson was rewarded again.

Leach snared Washington Sundar, superbly caught behind by Jos Buttler, to leave India staring down the barrel of defeat at 144-6 at lunch, with the classy Kohli running out of partners.

Ravichandran Ashwin was peppered by short stuff from Jofra Archer, taking a blow on the helmet and glove, as he hung around defiantly before another excellent take from Buttler gave Leach a third wicket.Kohli look untroubled as he knuckled down, rotating the strike and putting away any loose deliveries, but Stokes came into the attack to bowl the skipper.