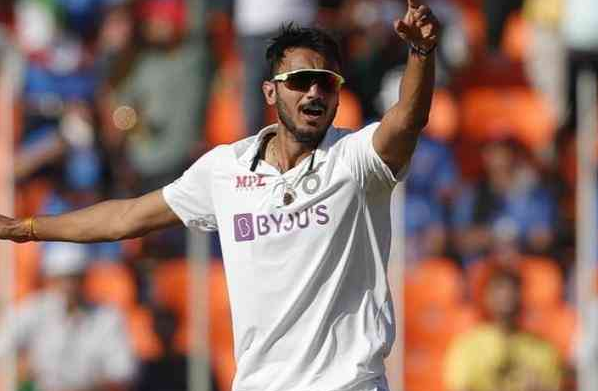 India all-rounder Axar Patel, who picked 11 wickets in the pink-ball Test against England, has credited his family and friends including Hardik Pandya for supporting him during the tough times.

Riding on brilliant spells of spin bowling from Axar and Ravichandran Ashwin, India registered a comprehensive 10-wicket win over England in the third Test at the Narendra Modi Stadium on Thursday.

Axar had made his international debut in 2014 but played his first match in the longest format of the game when India locked horns with England in the second Test. The all-rounder last played a T20I in 2018 and have been out of the white ball set up since then.

“When I was out of Team India for three years, I used to think about how can I work on my game to improve my bowling and batting. Many friends continued to ask why I wasn’t in the team when I was performing consistently in the IPL and for India A, so these questions were in my mind,” Axar told Hardik in a video posted on Board of Control for Cricket in India’s (BCCI) website.

“But I knew that I need to wait for the right time and give my 100 per cent whenever I get a chance. My friends and family have helped me a lot in the past 2-3 years, and you (Hardik) are also one of them. I learned a lot on how to tackle the tough phase, so I credit them for supporting them during my tough time,” he added.

All-rounder Hardik also praised Axar for the hard work and patience he has shown while he was out of the side.

“For Axar we have been waiting for his debut for a long time and the way he has made it we feel very proud of him. He has done a lot of hard work,” said Hardik.

Axar had a dream debut in the second Test where he picked a five-wicket haul. The all-rounder then scalped six and five wickets respectively in the first and second innings of the day-night Test

“Everyone has me that is Test cricket easy but when you even miss a full toss you get to that playing Test cricket isn’t that easy. I think it’s all about confidence,” said Axar.

Meanwhile, England, who are now 2-1 down in the four-match series, are out of the race for a place in the final of the ICC World Test Championship.

India needs to either win or draw the last Test to stay ahead of Australia, who are in third place with 69.2 percentage points.