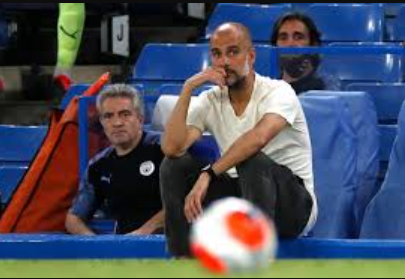 In the build-up to matches against Liverpool, Pep Guardiola  usually spends hours watching footage, trying to divine little ways to deliver a big victory, but he hasn’t been so intensely obsessed this week. The urgency is instead with Jurgen Klopp

surging out of sight. It is also because Guardiola has drastically changed the way his team play. It gives Klopp a whole new problem to figure out, as he tries to solve a host of others.

The trend of this fixture over the last few seasons, after all, had been the German setting out an approach that seemed to have City’s number. It was as if Liverpool’s way of playing specifically suited exploiting their weaknesses. So, it was always on Guardiola to adapt, which led to the more conservative approach in the 0-0 draw at Anfield back in October 2018 that may also be a precursor of the current style.

The Catalan has changed up, and very much cheered up. This new City team are extremely solid, having seemingly gotten the balance right between shutting opposition down and opening them up. The recent stats say enough: one goal conceded in this run of nine successive league wins, 21 scored. They’ve only conceded two in total since the last defeat, November’s supposedly landmark 2-0 lose away to Tottenham Hotspur

It wasn’t the start of a spiral for City, as some in the game had expected. It was instead just the unsteady initial steps of a new way of playing.

It probably isn’t the Catalan’s ideal of football, but it is necessary pragmatism, and an adaptation to the current circumstances. Some in the game are even talking about how Guardiola basically figured out “pandemic football” much quicker than anyone else. He realised the realities of the last few years no longer applied. The City manager spoke about this last week, addressing the change implemented after a drab Manchester derby in December, referencing “many reasons” they had to change.