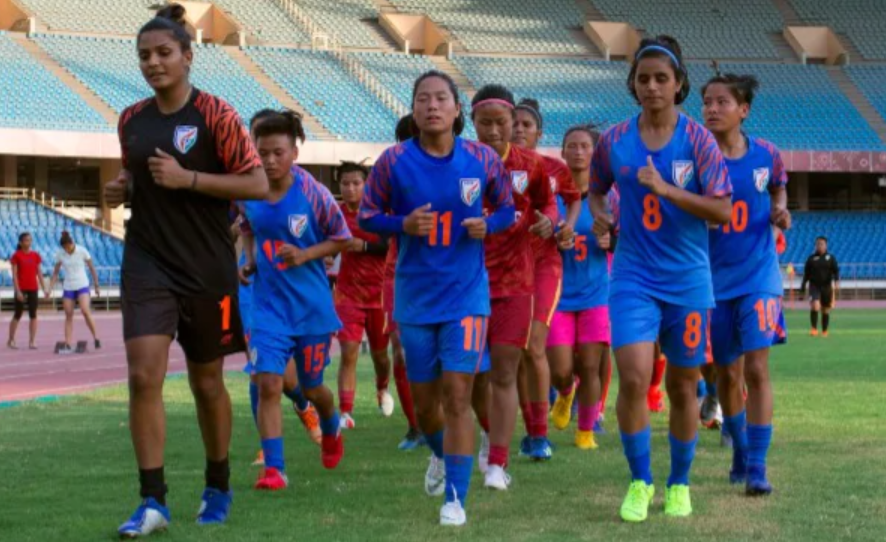 The team has been camping in Goa since December and is preparing for the AFC Women’s Asian Cup, which is set to be held in India in 2022.

The Indian women’s team will play friendly matches against Uzbekistan and Belarus on 5 and 8 April respectively as part of its preparations for the AFC Asian Cup next year, the All India Football Federation said on Saturday.

Both the matches will be played in Uzbekistan.

The team has been camping in Goa since December and is preparing for the AFC Women’s Asian Cup, which is set to be held in India in 2022.

Head coach Maymol Rocky, who has named a 23-member squad for the two friendlies in Uzbekistan, feels that the preparation for the team is picking up momentum.

After the pandemic, we have been in camp for almost four months now, and the team is really gelling well together, Maymol said.

Both Uzbekistan and Belarus are strong sides, and will provide ample challenge to the girls in the two friendlies.

India had played friendlies against Uzbekistan two years back, and Maymol recalled one such match.

We had initially struggled against them, but I remember the last match that we played against Uzbekistan, we fought back well and it eventually ended in a draw. We are looking forward to further building on that result, she said.