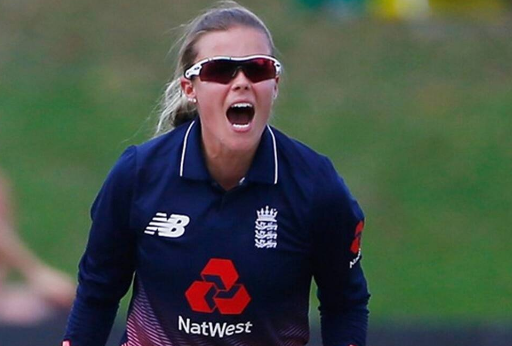 Following England’s defeat to India, Alexandra Hartley took to Twitter to ‘thank’ the men’s team for getting done quickly as the women’s side were preparing for their 2nd ODI match against New Zealand.

The England men’s team, which collapsed to a 10-wicket defeat to India within two days in the Ahmedabad Test on Thursday, have not taken kindly to a tweet by a woman cricketer, which thanked the men’s team for getting done within two days as the England women’s team were in action against New Zealand later.

Following the defeat, Alexandra Hartley took to Twitter to advertise that the women’s side were preparing for their 2nd ODI match against New Zealand.

“Nice of the England boys to get this test match finished just before England Women play tonight,” she said, with the clapping emojis, before adding “Catch them on @btsportcricket.”

Rory Burns hit back: “Very disappointing attitude considering all the boys do to support the Women’s game.”

Ben Duckett was also unimpressed with Hartley’s message and is yet to take down his post, branding it an “average tweet” while adding “don’t think any of the men’s team would be ‘clapping emojis’ if the women lost.”