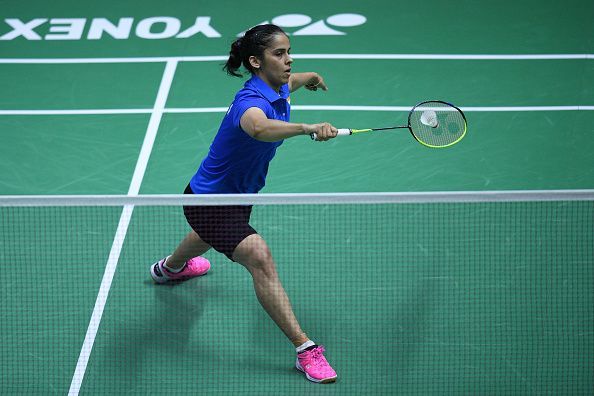 Saina Nehwal’s comeback from injury hasn’t panned out the way she had planned. Having played the New Zealand Open in the first week of May, fitness issues kept the former World No. 1 away from the court for more than two months.

When the London Olympic bronze medallist finally made her return at the Thailand Open she managed to win just one match before bowing out to Sayaka Takahashi in three games. It was a repeat of that trend as she slumped to yet another unexpected loss in a three-game battle soon after. This time it was in the prestigious BWF World Championships, where Nehwal failed to build on her good form in the opening round, going down to Mia Blichfeldt.

The Indian shuttle queen will now get a chance to redeem those mistakes at a tournament she has fond memories of winning in the past. The 29-year-old triumphed at the China Open in 2014 and went on to reach the final the very next year as well, where she fell to 2012 Olympic champion Li Xuerui.

If there is one tournament in which she can feel at home and get her winning feeling back, it is definitely this one, which is also the final Super 1000 event of the year. Saina would surely look to make the most of a draw that has pitted her against the World No. 18 Busanan Ongbamrungphan, a player she has dominated thrice in four meetings.

It also needs to be mentioned that after winning the Indonesia Masters at the start of the year, where Saina showed some terrific form, she failed to reach another final on the BWF circuit for the rest of the season. Injuries and inconsistency have not helped her cause at all.

Now, having put her injury issues behind her, Nehwal would be doubly determined to make a successful comeback to the Tour. All she needs is a couple of fighting wins which will restore her faith and confidence in herself. This tournament might just be the start of something special!

Here is all you need to know about the BWF China Open 2019:

Where to watch the matches in India?

Live Stream Details and Info for the matches:

China Open 2019 can be streamed live on Hotstar.