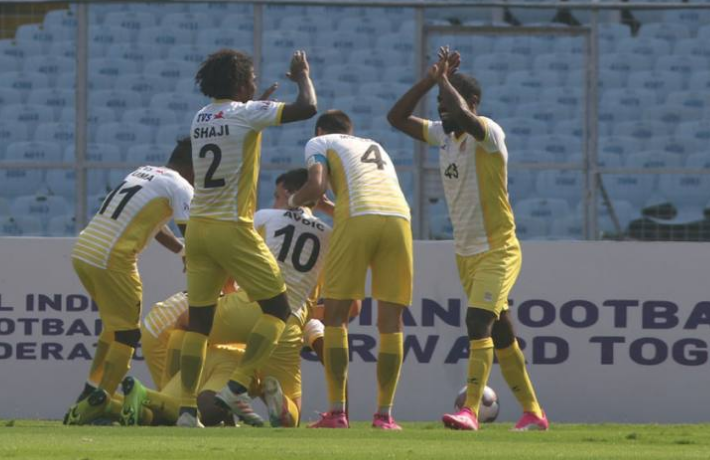 Former champions Aizawl FC face a do-or-die battle to secure a top-six spot in the I-League as they meet Chennai City FC at the Kalyani Municipal Stadium, Kalyani on Sunday.The top six teams of the ongoing first phase will once again play against each other,  and the points from both the phases will be added to determine the champion team.

In the second phase of the I-League, Chennai City will compete with four other teams which finish in the bottom half of the table in the first phase to decide the side to be relegated.

However, with Indian Arrows and Sudeva Delhi FC safe from relegation, Chennai City will need to pick up as many points as possible against Aizawl as points from both the first and second phases will be counted ultimately.

Speaking ahead of Sunday’s match, Chennai City head coach Satyasagara said, “We have been quite unlucky in the last two games. But I am happy to see the players working hard.

“Aizawl are a very good side to play against. They have a similar style of football to us — hold possession, build up from the back. They will be giving it all since they are still fighting for top-six. We will try our best to match them tomorrow.”

Aizawl were beaten 1-3 by Real Kashmir and they are now at the seventh spot in the standings with 12 points after nine games. To move to the top six, Aizawl will not only need to beat Chennai City but also hope either TRAU or Mohammedan Sporting, who sit above them, drop points in their respective games.

“We are pretty good in terms of keeping the ball, and creating chances. However, Kashmir had the edge over us because of its physicality, which we lacked. I believe, if we convert our chances and avoid silly mistakes, we can take all three points,” head coach Yan Law said.

“The next game is like a final for us. We are also depending on other team’s results. Chennai is a fantastic team. We have to get all three points to move up to the top six,” Law added.