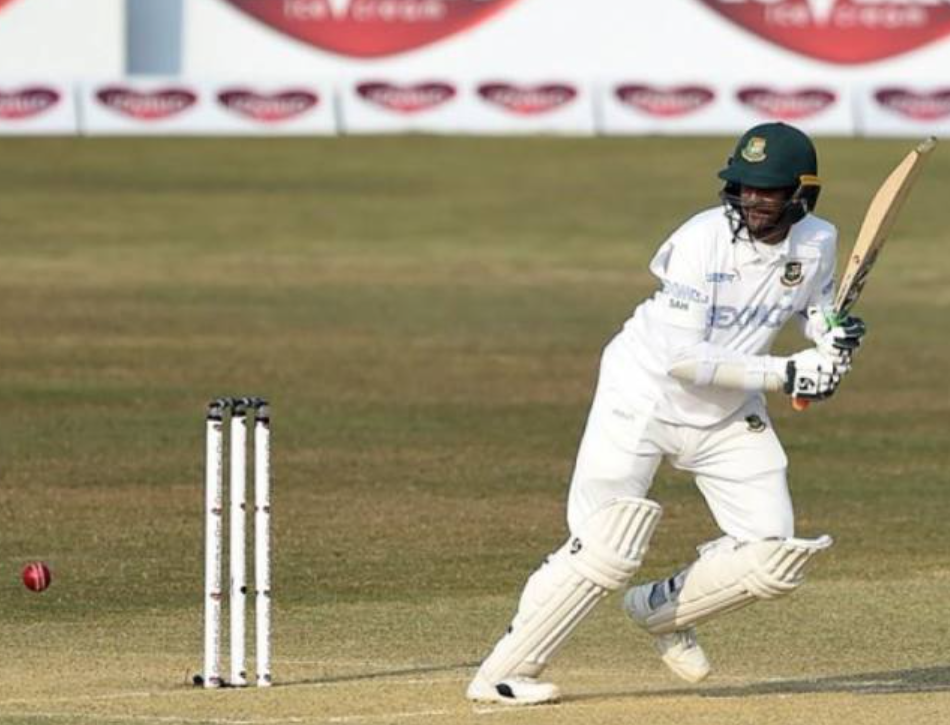 Liton Das (34) and Shakib Al Hasan (39) remained not out at the end of the day, scoring 49 in the sixth-wicket stand.

After losing four wickets in the first two sessions, Bangladesh held firm at the end of the first day against the West Indies to score 242-5 on Wednesday.Left-arm spinner Jomel Warrican picked up three wickets, conceding 58 runs, to pose a strong challenge to the hosts.

Left-handed opener Shadman Islam was the best batsman for Bangladesh with 59 runs, his second fifty in test format.

“I was sticking to my plan,” Shadman said.

“We have got a good start but we need a few big partnerships to post a big total on the board.”

Najmul Hossain Shanto, Mominul Haque and Mushfiqur Rahim had managed solid starts by amassing 25, 26 and 38, respectively, but failed to come up with big scores.

While Najmul was trapped run-out, Mominul and Mushfiqur were removed by Warrican.

At lunch, Bangladesh was 69-2. Tamim Iqbal was out to Kemar Roach for nine runs within the first hour.

Roach, the most experienced West Indies bowler, delivered a full-length ball that sneaked between the bat and pad of Tamim and shattered his stumps.In the second session, Bangladesh added 71 runs while losing two more wickets. The hosts added 72-1 in the final session.

Liton Das (34) and Shakib Al Hasan (39) remained not out at the end of the day, scoring 49 in the sixth-wicket stand.

It was Bangladesh’s first test since the start of the coronavirus nearly a year ago, while the West Indies has played five matches.

Shakib is making a return after serving a ban imposed by the ICC for failing to report corrupt approaches made to him by bookmakers.

The West Indies have three players making their test debuts — Nkrumah Bonner, Kyle Mayers and Shayne Moseley. While Bonner is a leg-spinner, Mayers and Moseley made it to the national side with their all-round performance in the domestic circuit.