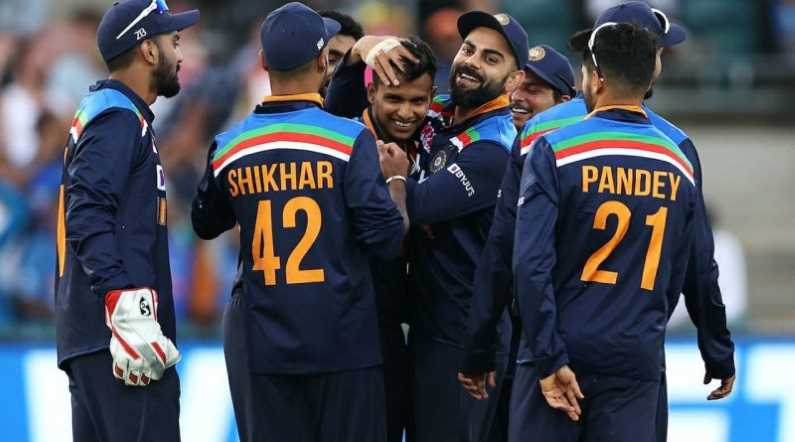 Australia defeated India by 12 runs in the final T20I to avoid a 3-0 whitewash against the visitors, who committed several fielding and review blunders at the Sydney Cricket Ground (SCG) on Tuesday. India lost the opportunity to come back into the match on numerous occasions and that ultimately cost them a chance to whitewash Australia in their own backyard in T20Is after 4 years.

Notably, this is India’s first defeat in 12 T20Is. Skipper Virat Kohli played a terrific knock of 85 runs (61 balls) but failed to take India over the line as wickets kept on falling from the other end. A ray of hope arised when Hardik Pandya shifted gears in the 17th over but Adam Zampa was quick to block it by dismissing the hard-hitting batsman in the 18th over.

Shardul Thakur (17 off 7) showed character towards the end and tried hard even after the departure of Kohli in the 19th over but Sean Abbott made sure that 27 runs are defended in the final over.

It was not the start India must had planned for as spinner Glenn Maxwell got the wicket of his IPL team captain KL Rahul on the second ball of the first over. Another wicket could have pressed the panic button for India but skipper Virat Kohli and senior batsman Shikhar Dhawan made sure to avoid entering that mode.

The two Delhi batsmen took minimal risk but scored briskly, courtesy some authentic cricketing shots. Kohli, capitalised on the dropped catch by Steve Smith at mid wicket in the 3rd over and took his team’s total to 69 at the end of 8 overs. Just when India were looking to build on the momentum. Shikhar Dhawan departed for 28 in the 9th over.