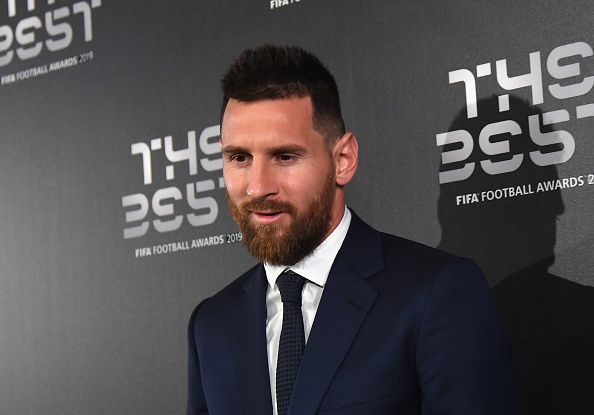 We are moving closer to the end of the year and the battle for the Ballon d’Or is already heating up. There are a lot of players out there who would kill just to get their hands on the prestigious accolade. Lionel Messi won the FIFA The Best Award recently – to the chagrin of some fans, to the admiration of some others, and to the joy of some.

To some extent, winning the FIFA The Best award may look like the Argentine is heading towards a sixth Ballon d’Or award. But, going by some performances that we witnessed on the turf last season, it is fair to say that there are some players out there with the kind of exploits that might give Messi a tough run.

Surely, this is not to say that the little magician does not deserve to win the award. No, far from it! He has as much of a chance as any of the players mentioned here. Below, we run a list of 3 contenders who can pip the playmaker to the accolade come December:

The only African player on the list, Liverpool winger Mohamed Salah is in contention to claim the prestigious Ballon d’Or accolade once again this year – courtesy of his brilliant performances with The Reds last season.

The Egyptian was one of the top performers in Jurgen Klopp’s team as they ran riot in both the Premier League and the UEFA Champions League. Salah finished as one of the top scorers in the English top flight during the term, sharing the Golden Boot with Pierre-Emerick Aubameyang and compatriot Sadio Mane after they all concluded the term with 22 goals each.

Although Liverpool narrowly lost the EPL title to Manchester City, Salah and his colleagues still ensured they finished the term on a high note by triumphing in the Champions League. The Egyptian bagged 5 goals and 2 assists in the tournament, and he’d surely offer some competition to Lionel Messi in the Ballon d’Or battle this year.

There are a lot of football fans who will agree that the Portuguese has as much chance as any other player – Messi included – to claim the prestigious Ballon d’Or award this year.

The 34-year-old won the award for the Most Valuable Player in Serie A last season after finding the back of the net a whopping 21 times and setting up another 8 in 31 appearances in the division. He also won the Top Scorer award in the Nations League, and was highly influential as Portugal ran riot on their way to claiming the inaugural tournament.

At the domestic level with Juventus, the Portuguese won the Serie A and the Supercoppa d’Italiano. Along the way, he scored a lot of goals including a hat-trick to dump Atletico Madrid out of the Champions League. So, as long as Ronaldo is still among the nominees for the award, Messi should continue to watch his back.

This defender is the one to really look out for when it comes to choosing the one who takes home the most prestigious individual award this year. The Dutchman was a part of the Liverpool team that dumped Messi’s Barcelona out of the Champions League.

The Dutchman’s sturdy defensive duties during the term were paramount as Liverpool pushed for the Premier League title, and if not for a string of poor performances against smaller clubs, they could have won it. Nevertheless, the defender is not without a trophy to show for. He won the Champions League title with The Reds, and also inspired his Dutch team to the final of the European Nations League, where they lost to Ronaldo’s Portugal.

Van Dijk finished second behind Messi in the running for the FIFA The Best award recently, and he will surely offer serious competition to the Argentine for the Ballon d’Or once again. If anyone could beat Messi to the accolade, it’d surely be van Dijk.