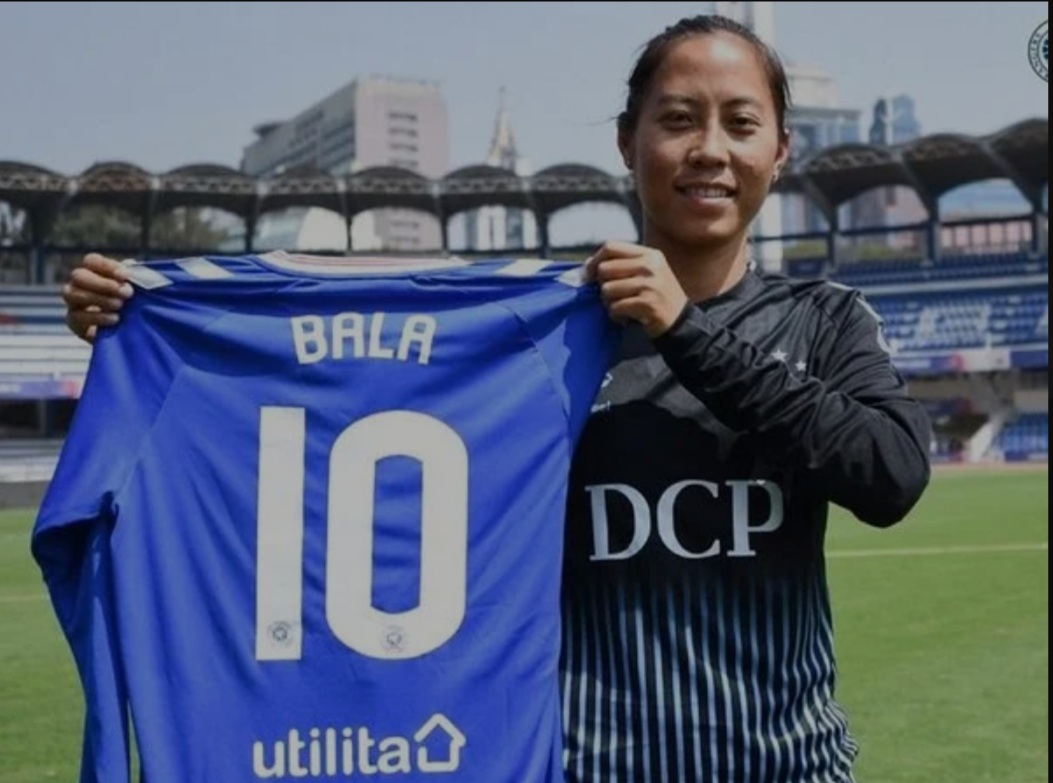 Bala Devi arrived at Rangers FC in February 2020 in a historic move to become the first Indian woman footballer to have a professional contract with a European team. Bala made the big move, played a few matches but then the Coronavirus

break snatched a few months of invaluable experience from here. She was left confused but she was determined enough to know she would get back to the field with Rangers again only if she wasn’t going to get bogged down.

“When I came in February, I played but then suddenly there was this lockdown. I was thinking I came here to play, I made history to come here and then I couldn’t play and I was like what have I come here for. Here the days are really long in summer and due to time difference, I couldn’t even talk to my family properly. But then I sat myself down and thought about my game, analysed myself and put my focus on keeping up my fitness,” Bala told During the lockdown, she would do a couple of fitness sessions during the day. She would run in the morning and then have a fitness session in the afternoon with the Indian team on a video call. She would even do squats while cooking. After a point when she started going out for a run in the nearby park, she says the Scottish people really inspired her. “You’d see even senior citizens running, even during rain and then there is no proper time for them to run and they would do it whenever they find time during the day. I was very inspired after seeing that.”

On December 7, Bala scored her first goal for Rangers in the Scottish Women’s Premier League and all her hard work had come to fruition. “I felt extremely good after scoring the goal. For all the Indian players who want to play outside, now they see a door opening and must have felt that we can also play at the highest level,” Bala described her jubilation.

The Indian forward said she had no set position as such in the Rangers team but she would play as a No.10 and No.9 mostly. However, she was even put to defending a few times. Her role at the team is to break the lines and push forward either through the wings or the centre. “They say that my skill level is good and I felt good hearing that,” Bala shared. She says her fitness levels have surely gone up since the time she joined Rangers. “Earlier, I wasn’t very aware about timing the runs, when to stop my run, I felt I lacked earlier,” Bala said. However, with the help of GPS trackers, she was then made aware of her runs, intensity level, strength and ball touches. “Earlier, I felt I was behind but now, I feel I have caught up with the rest.” She says if there is one thing that she would want the Indian players to take seriously, it would be the work on fitness. “I work on my fitness a lot here. I will be as good as my fitness level. From what I have understood, if us Indian players improve our fitness levels, it will be good for us because we are technically good.”

Bala shared that she felt a bit of trouble breathing when the training re-started after the coronavirus-forced break due to the sudden rise in intensity but it was her fitness work in the lockdown that helped her be at ease.

Bala’s contract with the Rangers is till June 30 and she wants to learn as much as she can and come back to India and impart that education to the girls here. “I feel people will feel that my time with Rangers was a path-breaking moment in Indian football. I want to take back the knowledge that I have gained here back to India and help the girls get better and grow as footballers.” India is all set to host the 2022 AFC Asian Women’s Cup and the Manipuri feels that would make the couple of years to come very challenging. “We have some huge matches in 2022. We may even have tours before that and I want to prepare myself very well for that. I want to continue with the good practices I have imbibed here,” she concluded.